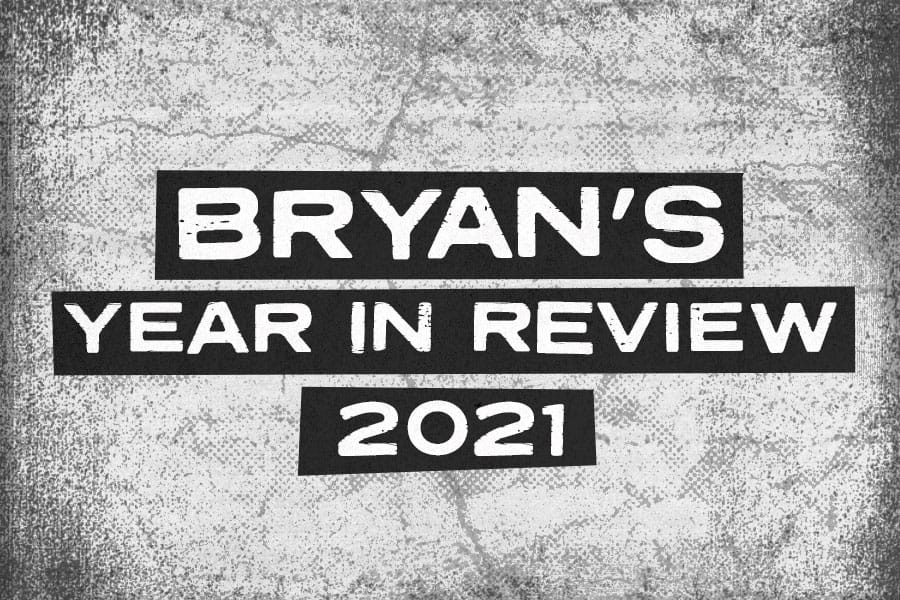 It’s been another year in a pandemic, but at least some people got out to some shows again. I didn’t. I, at least, started going back to the movie theater once I got vaxxed but it definitely sucks wearing a mask during a movie. But better safe than sorry. I haven’t been to a show since Jan. 2020 and I’m not sure the next one I will go back to. Going to a movie is one thing, going to a packed, sweaty concert isn’t something I’m ready to do just yet. I did go to a hockey game though, which was panic attack inducing enough.

This year, I listened to a lot of new singles, but not so many albums per say. I have a list of 10 albums I listened to a lot but honestly, I ended up listening to a lot of older stuff anyway. There were a lot of great TV series, but I didn’t see as many movies as I was planning on. The biggest news for me in 2021, was the birth of my second son. So anything besides that is miniscule. That’s probably the biggest reason for the decline in posts & podcasts on the site as well.

Album I Would Have Put Number 1 Last Year:
Gerry Cinnamon – The Bonny

Favorite Concert of the 2021:
Didn’t Go To Any @ Stayed The Hell Home Arena, NJ

Band I’ve Listened To The Most The Second Half of the Year:
Ghost

Movies I Liked But Not One Of My Favorites This Year:
Judas and the Black Messiah
Black Widow
The Eternals
The Many Saints of Newark

What The Hell Did I Watch?
The Green Knight

Movies I Wanted To See But Haven’t Yet:
Don’t Look Up
Encanto
The Power of the Dog

Movie I Felt Like I Was Watching The Middle As Soon As It Started:
Dune

Favorite Documentaries of 2021:
Crock of Gold: A Few Rounds with Shane MacGowan

New Christmas Movie That Will Be Watched Every Year Going Forward:
8-Bit Christmas

Favorite TV Series of the Year:
1. Succession
2. Only Murders in the Building
3. Ted Lasso
4. WandaVision
5. What We Do In the Shadows
6. Loki
7. Reservation Dogs
8. Hawkeye
9. Curb Your Enthusiasm
10. That Damn Michael Che

What The Hell Did I Just Watch?
Coach Beard episode of Ted Lasso

Favorite Mini-Series of 2021:
Mare of Easttown
The White Lotus

TV Show I Bailed On:
Real Time with Bill Maher

TV Show That Isn’t As Good This Season:
Yellowstone

Best TV Show Intro of the Year:
Only Murders in the Building

Favorite Podcasts of the Year:
Didn’t really listen to podcasts this year believe it or not

That’s about it. Happy New Year! Hopefully 2022 doesn’t suck and I can get to do more things.