Rick Springfield, the Aussie soap actor/rock star, famous for some popular singles in the early 1980s, is, in this writer’s humble opinion, one of the greatest poets of this or any generation.
Born at some point in the 1950s, he rose to fame with the song Jessie’s Girl’, a song about his killer obsession with his friend’s girlfriend. At first it just sounds like jealousy, but Springfield’s cleverly written lyrics prove otherwise:

“And she’s watching him with those eyes
And she’s lovin’ him with that body, I just know it!
And he’s holding her in his arms late, late at night”

Notice the repetition of the word and’ at the beginning of every sentence. It likely has some kind of symbolic meaning that few of us are able to understand. But most prevalent is the way he talks about Jessie and his girl. He writes as if he is hiding in a tree spying on them. He even affirms this when he says “I just know it!” And the exclamation mark? It just adds to the general creepiness of the song. Furthermore, his friend Jessie may not even be a guy. Most guys that go by the name Jesse spell it without the I’. Springfield’s friend may in fact be a girl – a lesbian – and this most likely the reason the singer is stalking the couple.
Consider the song How Do You Talk to Girls’ on Springfield’s album Success Hasn’t Spoiled Me Yet. In the powerful rocker, he belts out a classic chorus that just verifies his loser Aussie status:

As asserted in the third and fourth lines, Springfield’s biggest problem is his inability to perform oral sex. As a result of this setback, he cannot look a girl in the face without thinking of her naked and insisting he go down. The singer, at the time this song was released, was well over 30 years of age. He labels himself a boy – a poor boy at that – which may be one of the reasons why he has paedophilic urges. He can talk to women, but it is girls that he has trouble conversing with. Being a rock star, he must have trouble with the plethora of young groupies he gets after every show. Springfield proves in this chorus alone that he definitely had gonorrhoea or herpes – instead of revealing this to groupies; he tries, and fails, to perform oral sex.
By the mid-1980s, Springfield’s reputation as a diseased Australian stalker/pedophile may have affected his album sales. His 1984 album Living in Oz did not try to ignore the fact that he was Australian – a problem for everyone in the world except for New Zealanders – but what it did do was try to change his reputation. While he may have changed his stalking ways, he showed that now he was practicing domestic abuse. In I Can’t Stop Hurting You’, he sings:

Critics who called Springfield “washed up” were correct; his poetry fails to use the symbolism and imagery of his previous music. Instead, he reveals his problem as literally as possible. To make matters worse, he cannot find a way to change, which may mean that he’ll have to go to jail. Luckily, Springfield is a small, weak man, who can’t defend himself; as the song continues, he admits “the wounds heal from the scratch and bite”, meaning that his girlfriend put up a fight. More likely than not, she won. Instead of resolving it, Springfield wrote a song, paving the way for thousands of emo kids to follow his footsteps and get beat up by a girl.
In conclusion, the horribly awful man from down under who can’t go down may seem like a one-trick-pony, but Rick Springfield’s lyrics are in fact a gateway into his corrupt life. Still, his songs are works of poetry that should stand the test of time, giving Springfield a shot at induction into the Emo Hall of Fame.

Writer’s Note: This article garnered some controversy roughly three years after it was published, when a small yet angry legion of Rick Springfield fans flung emotionally charged hatemail, including threats of making me listen to nothing but Rick Springfield for eternity. These threats were immediately reported to the police and dealt with an a very serious manner. Nevertheless, I still cringe when someone sings Jessie’s Girl karaoke.

The Romantics Touring The US 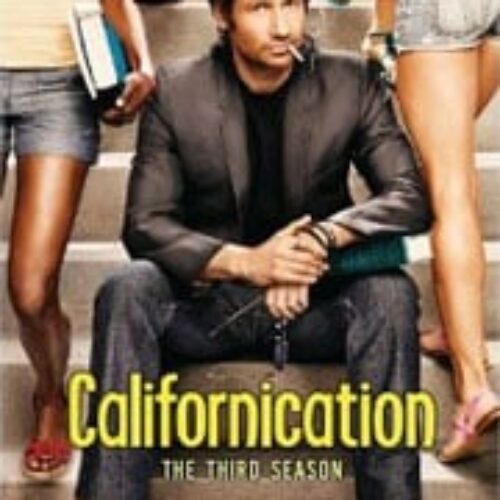