Since theres absolutely nothing on TV besides reruns and stupidity, I decided to poke around this bootleg TV/movie site and check out something I’ve never seen before…or maybe even a movie I wouldn’t dare waste a Netflix rental on.

I came across the show Gossip Girl. The site had the complete first season, all great quality, so I figured “why not see what the fuss is all about,” grabbed a glass of wine and clicked on the pilot episode. A few hours later, I realized I had just watched a few episodes of those oh so scandalous series. I was hooked. I was unbelievably hooked, and was sorry I judged the show before I started watching it.

Gossip Girl is based on a best selling teenage girls series of books. After doing a little bit of research, each episode is almost dead on to the books. In a way, it’s like 24, you can’t miss an episode or even part of an episode or you’ll be lost (which is great, I love on-going drama and stories).

I can’t go into too much of what goes on in this show, for the sake of the twists and turns that come about in each episode. Do the Upper East Side kids really party and have too much sex like depicted in the show? Probably. I mean, they’re all ridiculously rich and good looking. But seriously…? Whatever. It’s good entertainment.

I’m now a “must clear my schedule on Mondays at 8pm” to watch this goddamn show. And really, it’s the biggest guilty pleasure ever…more so than my love of Britney Spears’ music.

Seriously, check it out. Even you guys out there! You won’t want to admit it but it’s entertaining as hell, SO drama filled, and it keeps you wanting more. I’ll admit a few moments had me saying “what in the holy hell!!!” and you will be too…trust me. :) 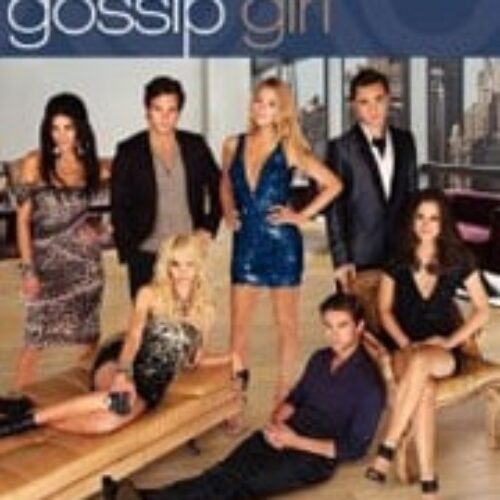