Another Summer is upon us and we here at Readunk.com are somewhat ecstatic at the movies coming out between May and September. There’s 2 Marvel movies and the redheaded stepchild that is Fantastic Four, a Pixar movie, an acid trip looking Mad Max, Star Lord plays with Dinosaurs, and 25 Jason Statham movies! We break down all the movies you should or shouldn’t see but basically, we don’t know anything.

Avengers: Age of Ultron
Ultron of course being a giant, walking ATM machine that spits money at Marvel/Disney.

Far from the Madding Crowd
The title refers to the empty theater this will get.

Welcome to Me
Someone with Borderline Personality Disorder buys their own talk show. This is about Nancy Grace?

Hot Pursuit
I hope the movie comes with earplugs so I don’t have to hear Sofía Vergara yelling incoherently for 90 minutes.

Pitch Perfect 2
I think it’s a baseball movie. I’m guessing Kevin Costner is in it.

Tomorrowland
Why would they make a movie about the WEDWay PeopleMover?

Ride
A mother travels to California to learn how to surf with her son. Everything is great until she gets eaten by the shark at the end.

Spy
Melissa McCarthy movies are as funny as herpes.

San Andreas
Its producers are hoping everyone will think this is related to GTA.

Entourage
The best thing to come out of Queens since pedestrian death.

B.O.O.: Bureau of Otherworldly Operations
R.I.P.D failed miserably at the box office so Dreamworks decided to make it into an animated movie.

Inside Out
I liked this better when it was called Herman’s Head. Oh wait, no I didn’t.

Dope
A senior in high school dreams of going to Harvard but can’t go because he couldn’t pass Common Core tests.

Me and Earl and the Dying Girl
Is Jason Lee’s Early helping out dying girls now too?

Love & Mercy
The life of Brian Wilson. I wonder if Uncle Jesse will make a cameo on the bongos?

Paper Towns
The Fault In Our Stars, and by that I mean their casting decisions.

Ricki and the Flash
Finally, Meryl Streep is in a comic book movie! Her super power is winning Oscars for movies nobody’s seen.

Big Game
I think this is a documentary about Skyrim.

The Gallows
A horror movie that takes places during high school plays. That actually does sound pretty horrific.

Ant-Man
Finally, the comic book movie we’ve all been dying to see. Ant-Man. The man as small and powerful as an ant. Battling his arch-nemesis, Regular-Sized Sneaker!

Poltergeist
First tv show Coach is revived, now this! This is a good year for Craig T. Nelson.

Vacation
Ed Helms ruined The Office so I guess he can ruin another beloved franchise with the National Lampoon’s Vacation series.

Southpaw
How many boxing movies do we really need? Here, let me try to figure out the plot: Boxer is poor, needs to fight, sucks at fighting, gets better, needs money and takes a dive, decides to hang up the gloves only to come back for one more fight because his boxing coach died?

Fantastic Four
If the past is any indication, “Fantastic” is false advertising.

Goosebumps
Is this based on R.L. Stine’s books for children? Either way, it will frighten Bryan.

The Man from U.N.C.L.E.
Calling all dads of a certain age! This is the movie for you, when you’re not busy contemplating suicide.

Straight Outta Compton
Glad this is coming out. I thought that movie Easy A was about Eazy-E.

Masterminds
Zach Galifianakis and Kristen Wiig trick movie executives into giving them millions of dollars for making this crap.

Underdogs
Foosball characters come to life, which means most of their bottom halves are broken by the middle of the movie.

Sinister 2
Oo, spooky. Maybe we find out in Sinister 2 if anyone actually saw Sinister 1. Maybe Sinister should join forces with Insidious for a movie called Ominous VIII.

Hitman: Agent 47
Damn, I haven’t seen Hitman: Agent 1 through 46 yet. That’s almost as many movies as the Fast & Furious franchise.

Criminal
Kevin Costner stars in yet another movie, proving that the man doesn’t know how to say no.

Regression
A documentary about that time Bryan got terrified from Goosebumps.

The Transporter Refueled
I guess all Transporters must have receding hairlines.

Kitchen Sink
This movie’s got it all.

Jane Got a Gun
The annoying Aerosmith song has been turned into a movie. Spoiler Alert: Jane got the gun!

No Escape
A movie about Bryan being stuck at one of Adam’s Karaoke parties.

Captive
Something the audience can relate to

The Perfect Guy
The documentary of Bryan Kremkau. The end.

Triple 9
Damn, I haven’t seen Triple 1 through 8 yet. That joke never gets old. Okay, it did.

Black Mass
Movie takes place in Boston so be prepared for people to say “wicked” a lot and talk like they didn’t make it past the first grade.

Hotel Transylvania 2
Adam Sandler voices Dracula for a second time. I’d rather be stabbed in the heart with a wooden stake than hear his voice in an animated movie again.

The Intern
Wasn’t this that terrible Vince Vaughn-Owen Wilson vehicle by and about Google? Holy shit, that movie sucked goat ass. Damn you Google, I thought you’re supposed to “do no harm.” 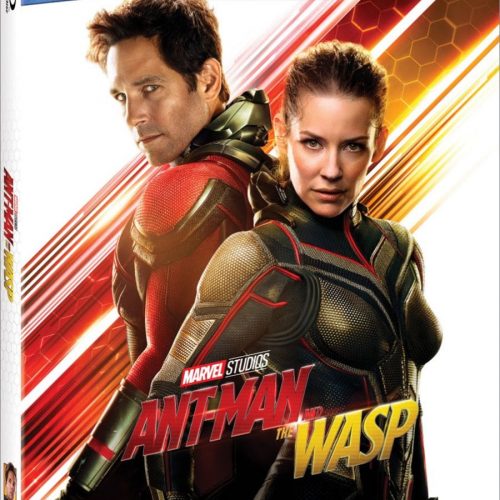 Marvel announces Ant-Man and the Wasp for July 6th 2018