*Disclaimer: This place is illegal to visit so if you see a trespassing sign, use your common sense. If you trespass, it’s on your own terms, not ours.*

Another random night. Another random adventure…and where do my friends and I end up? Letchworth Village. What better way to cure boredom then bring two new people to this place.

We didn’t get out of the car until we came across a building I had never seen before. So as we’re running up to the place, a security guard comes pulling in. The three of us walk up to him to see what was up.

“You girls shouldn’t be here” he said.
“Sorry officer” we replied. “We’ll get going now”. But he looked lonely, and somehow…random chit chat had started.

He was telling us about all sorts of shenanigans he had dealt with. Stopping kids from vandalizing, catching silly weed smokers, but then, what he had said next was kind of…odd…

“There are demons. All over this place. Especially in that *points to an abandoned hospital on the property* building right there. I keep these *pulls out a huge crucifix* on me. This has been blessed by the highest of priests.” (The pope? This guy is a nutcase…for sure).

He goes on and on about how his crucifix and rosary beads are protection again the demons of Letchworth. “I never get out of my car…NEVER” he said with a blank stare.

On the drive home, we were taking a peek at the pictures we had taken. The camera batteries were full, but…NOTHING came out. The picture by his car was blurry. You could see me and my one friend, but where the car was…nothing but a blur. As for anything else we tried to take? Nothing…

Who was this random security guard? Where did he come from? Was he just some weirdo…or was he a ghost? We’ll probably never know… 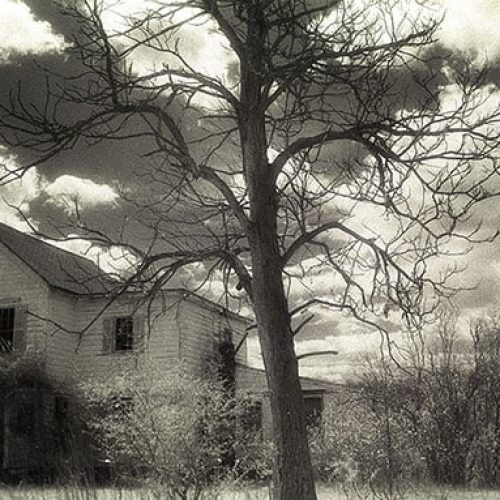