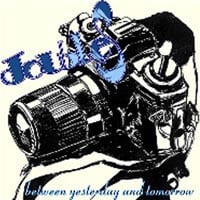 Do you double your pleasure, double your fun?
Kevin: We should use that Gum company on a shirt

Sean: ummmmm…. it depends if your talking about Jeb or anything else…cause with Jeb…its more than Double the pleasure

Since I don’t know who you guys are, can you tell me some history about the band and all that crap?
Zac: The Gods of Rock shined a shiny ray on Jeb and gave him the rock.

Sean: well the band started with kevin and Jeb making asses out of themselves with one acoustic…then the power of Rock slowly formed the greatest 80’s rock band ever created…just like Limp Bizkit

Jeb: Kevin Mack and I started Double S in 8th grade, shortly thereafter Zac Goble joined the band, and then Sean joined the band. And then a long time after that, Oshie Bichar became our singer.

How did you discover punk rock?
Kevin: I met a homeless person. He was homeless just to rebel against the man. Just keep it real.

Jeb: lord of the rings and star wars are equal, both movies are infinitely awesome.

What kind of bands do you like in the scene today?
Kevin: Desaparecidos.

Sean: umm I like most bands the other guys like…I like some of the “screamo” they listen too… but I still stick with Travis and Blink182

Sean: Jeb, but i’m surprised cause his johnson is massive

Jeb: Puberty is a hill that all of us have yet to climb.

Jeb: it depends on what movie you’re seeing

The Answer is: 340 seats…Not like I could have fucking answered that either.

Am I the only one that thinks anime sucks ass?
Kevin: Anime is all that is right in the world.

Zac: There’s this one kid named Vince and he likes Anime and he’s pretty weird so i’m gonna have to agree.

Jeb: Very little do I know about Anime. I know of the movie “Akira”. That is the extent of my knowledge.

If you had a long distant cousin who was really hot, would you bone her?
Zac: probably

Jeb: I would if she was YOUR cousin.

What’s next for Double S?
Kevin: taking over a third world country

Zac: Double S will be doing some extensive touring in 2004 and recording their second release to back up Between Yesterday and Tomorrow.

Do you guys have anything to promote?
Zac: www.doublesmusic.com, www.mp3.com/double_s

Jeb: Our Debut Album “Between Yesterday and Tomorrow”