However, he still gets behind the kit every day, no matter the circumstances.

“The good news is it’s not on the fast track,” Clifford said recently during a phone chat. “I’ve seen [Parkinson’s] doing its thing and understand what’s happening [to me]. So I stay busy and work on music projects.”

Clifford has spent the better part of the pandemic at homes at Lake Tahoe and in Reno, which has included being watchful of an especially vicious fire season. (In a strange twist, his Parkinson’s pushed Clifford to near the front of the line for a covid vaccine.) He is starting his own music label, Cliffsong Records, which has a distribution deal with Sony. This allows him greater control over his own recordings, and heads off the types of disputes that can arise therein.

He is far from a stranger to such acrimony. CCR broke up in 1972, and the ensuing years saw feuds, lawsuits and a truly messy “reunion” at their Rock and Roll Hall of Fame induction in 1993. John Fogerty continued on a solo career, with Clifford and Stu Cook touring as Creedence Clearwater Revisited until hanging it up in 2019. (Tom Fogerty, the fourth member of CCR, and brother to John, died in 1990.)

“For 25 years, Stu and I [played] Creedence songs all over the world. That was a terrific project,” Clifford said. “We were hoping to get four years out of it — we wound up getting 25.”

With his touring days now behind him, Clifford dove into what he calls “Cosmo’s Vault,” in search of projects that might be worth a second look or a second life. He came upon songs he had worked on with Steve Wright, the bassist formerly of the Greg Kihn Band (and who co-wrote the group’s hit “Jeopardy”), in 1986. The album, “For All the Money in the World,” is finally coming out of the vault after 35 years in hiding.

“When I co-write I write with one other person, and it’s somebody that I know and get along with,” Clifford said of working with collaborators such as Wright. “They have something I don’t have; I have something they don’t have.”

Clifford says that even though he and Wright only worked on the one album, he was pleasantly surprised 35 years later at the quality of the songs the duo wrote together. For the record, the pair also enlisted Joe Satriani to play on a track or two, as well as noted session musicians Greg Douglass (Steve Miller Band), Jimmy Lyon (Eddie Money) and keyboard wizards Tim Gorman (The Who) and Pat Mosca (Greg Kihn Band). They were joined out front by lead vocalist Keith England.

“All those guys are pedigree guys from the era. All had platinum albums on their walls from the various bands that they were active in,” Clifford said of his mid-’80s band of troubadours. “If you have good people around, you’re going to do all right in the world.”

Clifford and Wright started working on remastering and mixing the songs that became “For All the Money in the World” a few years ago. It was a happy revisiting of their earlier work, Clifford recalls.

“I put my producer’s hat on and said ‘what do you think?’ He was very happy with the way that part of it turned out,” Clifford said.

Unfortunately, Wright died of a heart attack in 2017 before the record could be finalized and ultimately released. Thus it was up to Clifford to make educated guesses as to what his collaborator might want out of the final version.

“He would be thrilled to know that [the songs are] out and being played,” Clifford said of his bassist and collaborator.

Throughout his career, Clifford has worked with several great bassists, including Wright and Donald “Duck” Dunn. But first and foremost among them was always Cook, with whom Clifford played in both Creedence Clearwater Revival and Revisited for the better part of a half-century.

“Fifty years with old Stewy. We’ve been in the trenches a long time,” Clifford said, adding the two remain in regular touch.

Although Revival and Revisited are now both memories, their music’s legacy on popular culture is anything but past tense. In fact, a whole new generation of fans was born thanks to the exploits of Jeff “the Dude” Lebowski in 1998. 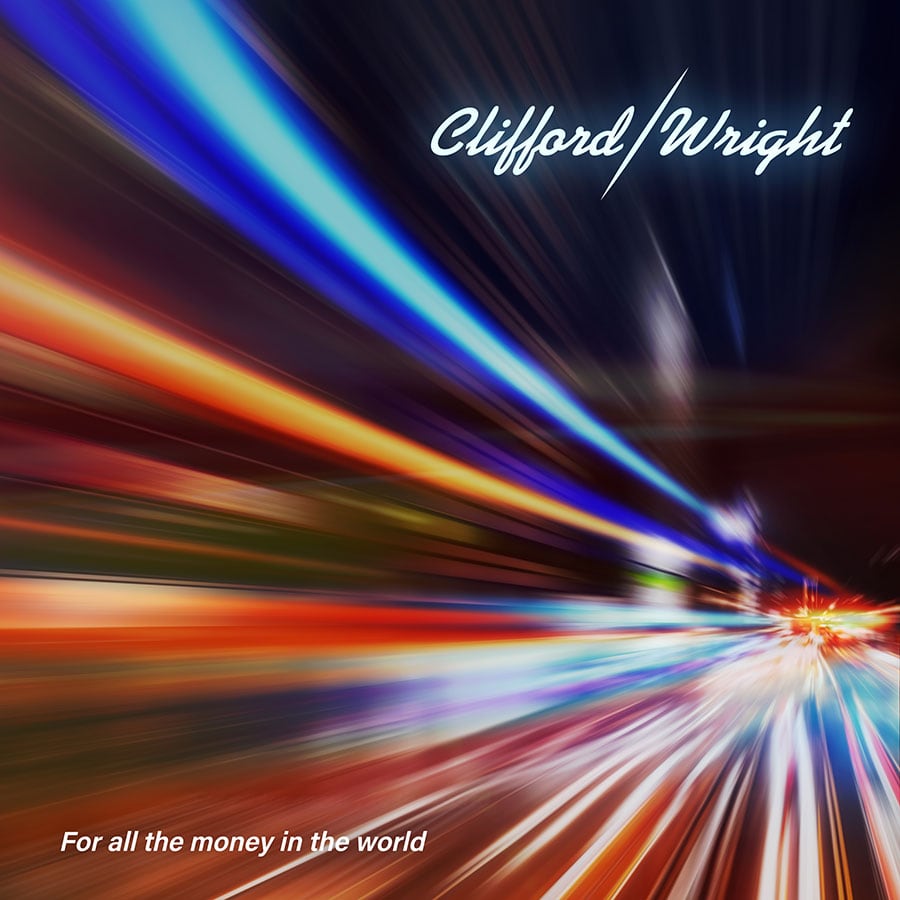 “I have a plaque in my studio—a ‘Big Lebowski’ plaque with [Jeff Bridges] bowling,” Clifford said of Bridges’s stoner hero, the Dude. “I love that when his car gets stolen and he’s prattling with the cops, his main concern is that he gets his Creedence tapes back.

“It’s terrific. One of my all-time favorite [films] for sure.”

Clifford’s advice for up-and-coming musicians now is to be wary of drugs, stay healthy and, above all, get an attorney to read through any and all contractors before signing.

“Let me tell you, it could be very expensive if you don’t,” Clifford said—and he would know.

He added: “You don’t have to play every fad that comes down the pipe, just because it might be popular at the time. Take what your heart is telling you you should be playing—not necessarily your brain.

Clifford takes his own advice, getting behind his DW kit, even while readjusting his playing thanks to the challenges posed by Parkinson’s. And writing down new song ideas, less they “disappear from memory.”

While there is certainly more yet-uncovered ore remaining in Cosmo’s Vault, its owner says that he hopes people will give “For All the Money in the World” a listen when its remastered version hits the stores this week.

“The Clifford/Wright project is one of a kind, and it has a lot of wonderful players on it,” Clifford said. “Steve’s passed on, so he won’t be around to play that wonderful bass, [but] we need some happy, upbeat grooves. I think that that’s what we accomplished with this record.”

Social Distortion covers Creedence Clearwater Revival’s “Up Around The Bend”