A few weeks before they signed with Island / Def Jam, Brian and I caught up with then-Fueled By Ramen pop-punksters Fall Out Boy. We spoke with Andy (drums) who looks, talks, and acts like Garth from Wayne’s World; Patrick (vocals) who looks like a lumberjack; and mostly with Pete, bassist and leader of the band. There were also a couple guys from Acceptance, who sometimes chimed in. We didn’t know crap about the band, so forgive the non-band-specific questions. Also, because Pete and Patrick sound similar on the tape recorder, some quotes may be attributed to the wrong person. Like I give a shit.

How often do you guys come out here?
Pete: To Long Island? This will be our fourth time, I think. Not often enough, and we weren’t supposed to play tonight. We’re actually on tour with Yellowcard, and today’s an off-day, and they’re playing somewhere else, so that’s why we’re playing today. But Long Island has always been supportive of us – the scene here is awesome, and the bands here built it up like crazy. It’s just a really great place to play.

Who do you think would win in a fight – robots or monkeys?
Andy: Monkeys.

Andy: Monkeys are the ultimate being.

Pete: Robots can destroy monkeys. But robot monkeys would really be the best thing here.

But if robots are preprogrammed, then monkeys have the edge because they’re unpredictable.
Pete: Yeah, but it’s either throw their crap or hump another monkey – that’s about as unpredictable as they get.

Pete: The drummer is insane, but the vocals are a little weird for me.

Pete: I love that [Geddy Lee] can hit those notes, even if I don’t like hearing them. But that’s awesome he can do it.

What other bands besides Rush do you look up to?
Pete: Green Day, Lifetime, Joy Division, Cure…

Would you take a batch in the face to further your career?
Andy: Shit, yeah, dude.

Pete: I don’t know if I could deal with it… A penis is pretty monstrous to look at.

I wouldn’t know, but do tell.
Pete: You don’t know?? You don’t look at yours ever?

Yes, and it is monstrous, but not in a bad way.
Pete: Did you just say your penis is monstrous in your own interview?? (laughs) I hope that gets cut. Or put in bold.

I’ll quote myself. I’ll put my own quote in the giant text box that augments the interview.
Pete: “It IS monstrous! But not in a bad way!!”

Which brings me to my next question: have any of you seen each other naked?
Pete: Our roadie has seen Joe naked!

Tell us!
Pete: The roadie saw him jumping from his bedroom door to the bathroom door, and he jumped kinda like this. (does a pirouette) Naked! So now we have this joke and we make Joe do that jump all the time.

Patrick: I once saw Pete’s… ah… Little Pete… when he was peeing.

Jeez, how long were you watching?
Patrick: It was just a glance-over!

Andy: It’s like a trainwreck, you just can’t look away!

Patrick: But it was crazy. He stood on top of a doorway, so when you walked out of the door, you got peed on.

Pete: I have a urination fetish. I pee in and on everything.

Umm, should I be sitting here?
Pete: I’m definitely a territorial marker.

Do you guys have girlfriends, or can we talk about groupies?
Pete: We don’t have groupies, though.

That hasn’t stopped a lot of bands…
Pete: Yeah, but I don’t want to go to jail. (laughs) Plus we get more dudes into our band, like disenfranchised youth dudes, than girls. But some people take our lyrics as misogynistic. I don’t think they are, but some people think so. But that’s because it’s guys writing the lyrics; if it were girls it would be like.. bickery.

What?
Pete: I don’t know, don’t quote me on any of this crap. I have no idea what I’m talking about in this interview.

I think you’re trying to say that you hate women.
Pete: (laughs) Yes! You have a monstrous penis and I hate women! Quote me!

Andy: We just deal with relationships…

Pete: Yeah, it can be from a bitter perspective and some people thinks it comes off as hateful, I guess. Anyway, don’t mistake me for hating women! I hate everybody!

And I’m sure you have a girl in mind when you write those lyrics. It’s not like you’re against women in general.
Pete: Yeah, absolutely.

You were in a hardcore band originally, right?
Pete: Yeah..

So what made you go from hardcore to pop-punk?
Pete: I was in a full-time hardcore band at the time, and all I listened to was punk rock… so we would just goof around with punk – me and Joe and Patrick, and then we brought Andy in obviously. And it just took off. And it was more fun – it focused more on positive energy than negative energy.

Hardcore is a lot more limiting.
Pete: In some ways, but I learned a lot from hardcore. A lot of our ideals come from it.

Andy: I love hardcore. I miss playing it. And the idealism isn’t really there in pop-punk. Whereas in hardcore, it’s more about something. But hopefully we bring that along into Fall Out Boy.

Patrick: And my grandmother was there…

Should I ask why you had it?
Patrick: He bought it for the show and it just sat inflated in our apartment window for like a couple of weeks.

Some guy from Acceptance: That girl in Orlando.

Acceptance guy: The girl wearing the lingerie. You didn’t see her??

Acceptance guy: You had to have seen her. She was wearing little panties and lingerie. You missed out, man.

Patrick: Band of my dreams.

Pete: Well, what if the band of my dreams IS the Tatu girls? (laughs)

What differentiates Fall Out Boy from all the other melodic punk bands?
Pete: Well, for one thing, we come from a hardcore background and that’s how we write our music. We don’t write music that sounds like other bands in this genre. Our lyrics are also different because, again, we write them from a different perspective. I think Patrick’s voice doesn’t sound like other bands in this genre. That’s one of the big things people comment on.

Bands with Simpsons references either suck or quickly break up. How will you avoid that trend?
Pete: Because we did not take our name from the Simpsons! We played our first show without a name, and we told the crowd, “Give us a name” and some kid yelled it out. And that’s how we got the name.

Visit Fall Out Boy at falloutboyrock.com. 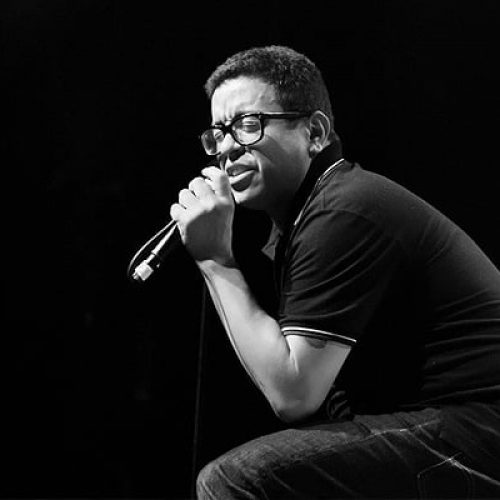