Flood Of Red are set to release their debut album Leaving Everything Behind on their own label Dark City on October 19th. The album was produced by Brian McTernan (Cave In, Thrice, Converge). Interviewer Adam Coozer decided to send the band some questions about ponies and other cutesy things. Ironically, soon after conducting this interview, Adam fractured his arm in the Amazon horsebacking riding. Ouch!

Do you sing about ponies?
On our album there are not actually any songs about ponies. However we did write two B-sides which we decided not to release one called “I love my pony” and one called “Why Pony? Why?”

Have you ever hugged a pony so much that it started licking your nose and your heart filled with love and did flip flops?
Yes.

What are some other super powers you wish ponies could have?
Does that question mean that they already have super powers? The power to generate ice-cream at any given time or place.

Tell me about the last dream you had about a pony?
Actually now you mention it last night my pony and I were walking on a field of clouds handing out money to small impoverished children when all of a sudden an evil pony rose from the ashes of the bill of rights which just happened to be floating on a near by cloud and threatened to destroy all the impoverished children and to eat all the clouds and extinguish the sun. My pony was not keen for having this and in its rage it grew a horn which turned my pony into a unipony. After an epic and intense battle between the evil pony and my faithful stead my unipony hybrid emerged victorious and all the impoverished children of the land rejoiced and ate cake as my uniponies horn glistned in the un-extinguished sun.

Which has been the bigger influence on your music — ponies or butterflies?
Probably Butterflies.

If ponies and butterflies joined forces and started a band, would they be better than Flood of Red?
Probably not, I wouldn’t imagine Ponies and Butterflies having a good working dynamic. As I’m sure you’ll know Ponies can not communicate with Butterflies verbally due to the high frequency range that Butterflies communicate in and obviously Butterflies can not use written language as they have an irrational fear of written word and Ponies are illiterate.

Your album “Leaving Everything Behind” is a dissonant deconstruction of postmodern society and subsequent disillusioning alienation. When you leave behind everything, does that include ponies?
If we leave anywhere, we leave on a pony!

Please write out the lyrics if you were to write a song about ReadJunk, Flood of Red, and some ponies, and all the fun we would have. To help you, here are some words that rhyme with pony: boney, baloney, zamboni, pepperoni, Tony Toni Tone.
Pony, pony you love baloney not as much as we love ponies.
We love you more than pepperoni but not as much as macaroni.
ReadJunk thanks for a great interview now its time to bid adieu!

Thanks to Flood of Red for doing this interview. Check out their MySpace page here. 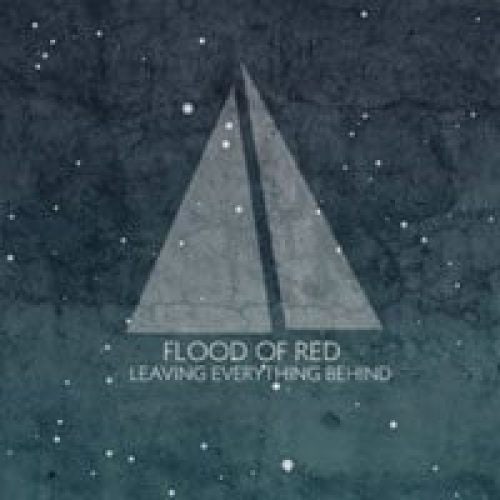 Flood Of Red – “Leaving Everything Behind”