Could you tell us what you’ve been up to lately?
Rewiring my studio. Working on my guitars. Writing songs for the next CD. Generally getting geared up for part two of our Strange Beautiful World Tour.

I heard you’ve done work for Playstation 2. What should we look out for? How do you feel about soundtrack work?
I was working on the Playstation 2 game called “Bots”, but the producer left to work for George Lucas, and then the game was put on hold. After initially being interested in that kind of work, I found it not too satisfying in the creative department. Soundtrack work seems like it would be more up my alley. Given some kind of freedom to freely associate with the scenes, and working with talented directors, I could see it as something I would really enjoy.

Like Zappa in his later years, you have embraced digital music as a method of creation that may not have otherwise been possible. Did you have misgivings that long-time fans may not “get it”? Did they give you grief?
Recording the trance/techno CD ‘Engines of Creation’ was so much fun. Very liberating to work outside the usual r’n’r structure. Recording it in a house was as opposed to a studio was cool too. Grief? Who cares? It really is all about the art you know. You should have heard what I didn’t put on the CD!

Okay, stupid question time. We always hear that Joe Satriani tutored guitar to Kirk Hammett, Steve Vai, Larry LaLonde, Charlie Hunter, etc., but what exactly does that mean? Did you physically teach them to play guitar in a music lesson setting, like, ten bucks an hour? Do you still teach? How does one become a Satch student?
Yeah, that’s about it. They came in, sat down, tuned up and said “Teach me some cool stuff.” I loved teaching those guys. They were so motivated, and so very talented. By the time I finished teaching in early ’88 I was charging around $30 an hour. Peanuts by today’s standard. But I don’t teach anymore…maybe when I can’t take the touring I’ll turn into a teacher again. That would be cool.

Who was most fun to teach? And who was the most, errr.. challenging?
The ‘young and hungry for knowledge’ types were the best, it was always fun and energetic and full of discovery. The older, jaded musicians were the hardest ’cause they just wouldn’t move on. Like pulling teeth! In a way they were all challenging. It was my duty to make the lessons work for them, and I tried my best.

I really dig the G3 stuff who else would you like to work with that you haven’t already?
I would love to get Jeff Beck, Jimmy Page, Brian May, Keith Richards and Ron Wood, Billy Gibbons, John McLaughlin, Kirk Hammett, Tom Morello and Eric Capton to name a few!

Steve Vai plays with a clinical precision and Yngvie Malmsteen is just dorky cheeseball metal, but you have this very human, emotional approach. Is this something that’s consciously done?
I can only play by way of expressing my feelings. I’ve often thought of it is a liability of sorts, but, thank god people like it when I do it! It’s not the most professional way to play, it’s just the most rewarding for me.

What would you be doing now if you had never picked up guitar? Professional snowboarder?
I love snowboarding! But, I’m probably more suited for nuclear biology or something like that. Or, maybe …nah!

Do you ever get tired of the dorky technical questions from guitar magazines? You know, “When you did that augmented D7 chord off the pentagonal minor scale with the ’87 Ibanez, was your index finger slightly muting the A string?” Don’t you ever wish someone would just ask you about your favorite movies or authors?
I love those questions! Where are they?…By the way, I WAS slightly muting the A string. Good call!

I know you prefer staying solo, but if Rush asked you to fill in for Alex for a tour, would you do it?
Let’s see, I’ve played for Mick Jagger, Deep Purple…Rush? Hell Yeah! When is my flight? Why can’t me and Alex do it together?

What do you think about today 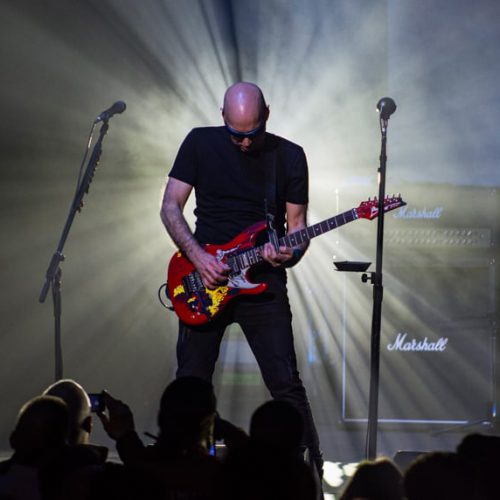 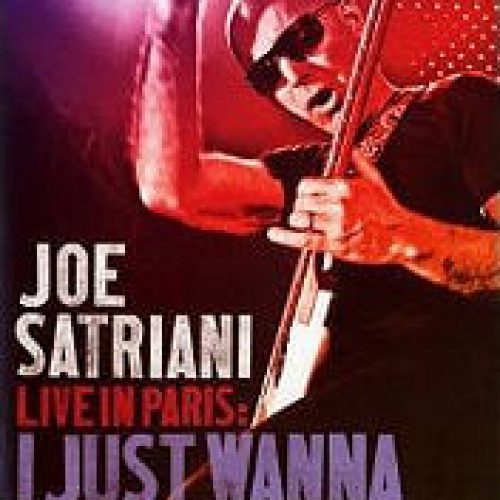 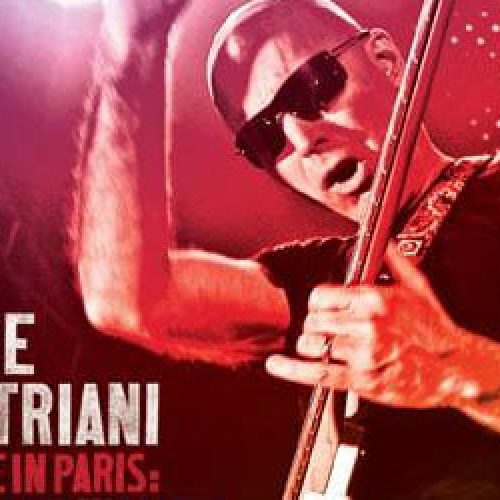