American Hardcore captures the history of hardcore punk from Los Angeles through Washington D.C. and NYC, circa 1981-1986, based on the book of the same name by writer Steven Blush. Paul Rachman’s documentary is a strong-willed outcry, which set a politically minded foundation for a lot of later bands.

Interviews with legends such as Ian MacKaye (Minor Threat), Henry Rollins of Black Flag, and H.R. (Bad Brain’s fuel-injected dreadlock front-man) infect this DVD with power of such magnitude that you are transported into the sentiment of the time. The movie subtly points out the numbified herd mentality of the general populous, which gives the viewer a much needed kick in the arse when comparing the Reagan administration with the political state of today. Hardcore’s aggression was a unified force it didn’t matter if you were a hoodlum, vegan, or straight-edge at shows there was a sense of unity.

Edward Colver contributes a cornucopia of photos, keeping the movie true to the scene. The DVD also features live footage of Minor Threat, D.O.A, and the Circle Jerks.

Interview with Paul Rachman and Steven Blush, by Roya Butler

What inspired you to make this documentary?
Paul: It goes back quite a ways. Steven and I were both part of the scene when we in college – like our early college years. And if we fast forward after that, Steven and I both moved to New York after college and we became friends. I was aware that he was writing this book in the mid-nineties, and I just had this vision for this film. I approached him, and in 2001 we started shooting interviews. So that’s kind of how it came about, but the real reason the film got made is because we both had a certain passion about it, because it was a part of our youth–It was important to us.

Steven: This was our lives, and this was a subculture we were very passionate about. Somewhere in the mid nineties as a journalist, I was meeting a lot of people who were calling themselves punk and hardcore. And it didn’t seem like they knew what had happened. It was almost that the story had never been told. So at the end of the day, what we were talking about is that the first generation of hardcore had a very unique history. It was before speed metal or hip hop or any of the crossovers we now see… alternative… it was before any of that stuff. And it was its own unique movement. By the time the Gorilla Biscuits came on the scene, hardcore was already established, and bands were playing at venues like CBGBs… It’s fine, but it’s at the same time as bands [such as] Anthrax, Metallica, and Nirvana came into the scene [at that point the sound] had already been established, and it was a very different world [than during the inception of hardcore].

Steven: Everybody who’s in the film has come up to us even the nastiest mother fuckers who are in the film have come up to us and said: “Thank you for finally telling the story right nobody has ever told the story right.” And what I’m seeing from some reactions is that everybody has their particular little view of how they want to view punk rock, but hey…this is what it was about nothing more nothing less. This was before it all became legend and lore; we’re just going back and telling its story.

Do you think that you’re going to go back and make a second movie about hardcore in the nineties?
Paul: That’s not in our immediate plans. The thing we’ve been talking about, too, when we’ve discussed that is after 86, you know, 87, 88, everything is really well documented. And the story is known and it’s familiar. So I think that for us, just as film makers, it was just really important to tell the first story the story that we knew best. Maybe someone else, who was a more avid participant of that, can make that story.

Steven: That’s exactly basically what I was going to say, is that people say to me: “Why don’t you write a book of that generation?” And I just say that that’s not my story to tell there’s somebody else to tell that story. What you’ll get from us is that there will be more DVDs and re-issues and versions with more and more outtakes, you know. We shot hundreds and hundreds and hundreds of hours, so that’s what you’ll see more from us.

Is there anything that you’d like to add or that you want people to know about?
Steven: We started making a film, and we’re not the stars of the film. The stars of the film are the pioneers – the legends. We love them and our film is a tribute to them. Our story is also a tribute to tell kids that you can make shit happen. And these bands had no managers, no agents, no hook ups, and no press articles nothing! The scene happens in its own way. Paul became a film maker from shooting videos and I was a film producer in Washington DC…half of these bands crashed on our floor back in the day–we’re just the vehicle to get the story out. The American hardcore DVD has the movie, and then there’s the whole extra footage of outtakes and deleted scenes and full performances of the songs. Through that we tell the story, and that’s what we want people to know…so that they know the story of hardcore and the power of the culture created by it.

In my opinion, the best part about the movie is that it gives power back to the people. Because I think that they way that politics is going these days, you know with the police state environment that we’re living in, a lot of people are scared to step up and speak out.
Paul: The one thing that I think a lot of people feel…one of the goals we had, is that when you walk out of American Hardcore you go: “What the fuck was that? Why can’t we have this anymore?” The environment will just not allow this to happen again right now. I think it’s almost like when we were kids you could tear the wall down, but now you gotta do a lot more than that, you know. So it is power to the people. You’re right about that.

Steven: And we’re even surprised. I mean we realize how radical our film is. It’s just really not giving you the party line of rock and roll no record company, MTV/VH1 stories, or anything like that. This is one hundred percent the real deal words and all If people can handle it. People who are younger than us, way younger than us, like kids; you gotta grab this shit and make it happen. We show America in the early eighties with Ronald Reagan, and you don’t have to be a genius to see the connection in this regime. The only difference is that back then, we were radical youth; now they’re too busy on their Play Station’s to make it happen.

They’re too numbified by society and society’s advertising; they’ve grown up as TV babies.
Steven: Yeah, advertising what? We’ve had this conversation sometimes.

Paul: It’s funny how when hardcore broke, that was around the time when all the corporations started collecting information. What was happening around hardcore was very important to the advent of hardcore. And there is a similar environment now, but you just don’t have the angry youth out there rejecting everything in their environment and saying: “Fuck You!”

Or at least if there are, they’re not organized.
Paul: Yeah. And they have all the tools to be organized now back then it was like pay phones and faxes–not even that.

One more question I want to ask. Skateboarding and hardcore sort of went hand in hand back in the day. Do you think you’re going to make a movie about that?
Paul: That movie’s been made. Lords of Dogtown (2005) really tells the story of the early days of that scene.

But it’s so Hollywood polished, while American Hardcore is raw footage.
Paul: (laughs) Yeah, I know what you mean it’s true to what hardcore was. It was a very easy, yet very specific look for the film; it was important that it felt like that.

And that’s how a skateboarding movie should feel, because that’s how skateboarding feels.
Paul: Actually we both skated, but we knew that neither one of us were really skaters, and skaters need to tell that story there’s plenty of them.

For comments/questions for Paul and Steven, Please visit: here 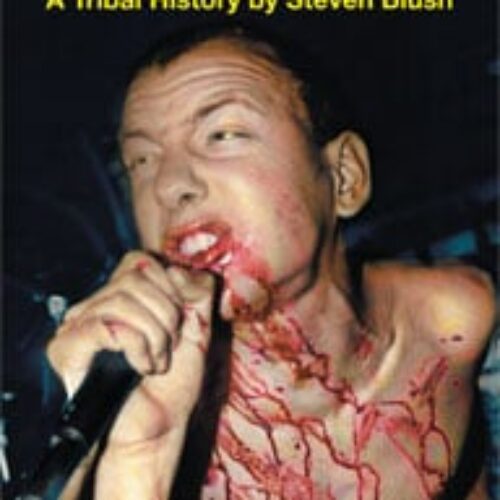 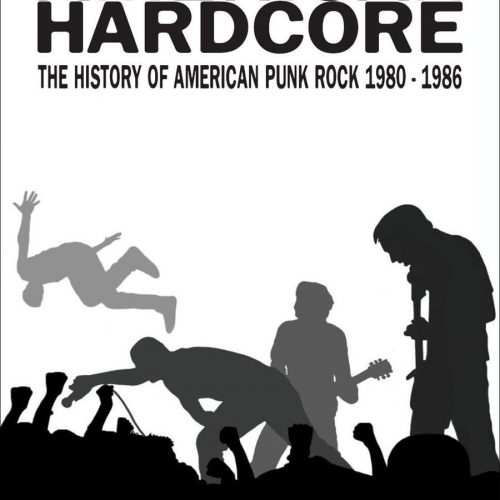