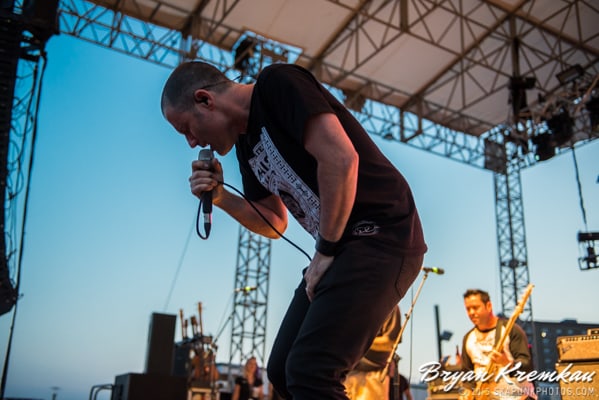 Joey Cape is a man who wears many hats. He is lead singer of Lagwagon, a guitarist in Me First and the Gimme Gimmes, majordomo of Bad Astronaut, and an accomplished singer/songwriter in his own right. Joey is preparing for a tour with his band Scorpios in June/July. We recently had a chance to sit down with Joey to talk about Scorpios, what else is happening in his life, and his dear friend Tony Sly.

What exactly is Scorpios and how did it come about?
It came about by accident. Tony Sly, Jon Snodgrass, Brian Wahlstrom and myself tour extensively together. We did and still do a lot of collaborating on stage, performing on each other’s songs. I think we felt like this was a band. More so in a traditional sense, more like brethren or something. It occurred to us that we all had Birthdays on a particular tour and then the realization that we share the same astrological sign. Something that was more funny than fateful to us. Anyway, there was only one band name for this thing and it was Scorpios. Jon and I, who first had the idea, have always maintained that anyone can join for a tour or an album, provided they write songs we like, we know them and they are of course a Scorpio. It’s true. After losing Tony this seems more like duty to continue. It’s our reward for years of the other stuff. Haha

I have known Tony and Jon for about 20 years. I sat in the producers chair with Jon and his old band Armchair Martian. I ran narrow straights with Tony Sly throughout his and my entire career. There has always been mutual admiration and respect.

Your upcoming North American Tour is going to be paying tribute to Tony Sly, did you have to prepare yourself emotionally to take that on?
Well, everyday I think of Tony and every time it is challenging. Playing one of his songs is the same but, like a positive memory you may have, it leaves you with good feelings, elation, pride, even some resolve. It’s really beautiful as were his songs.

You and Tony seemed to have a really close bond. What do you miss most about your relationship?
We were very close. Where do I begin. As I said before, our lives were narrow straights. Our bands began at roughly the same time, both flagship bands of the same label. We never left the label, never left our bands, never stopped touring. We even had our first children, both girls, within 2 weeks of each other in our mid/late 30s. We only became close friends through the acoustic touring, like we truly met at some kind of old-man’s retirement club. At that point I think we both realized that we shared in so many things in our lives. We became kindred spirits. We understood each other and sought advice from each other about more than songwriting. I will miss his humor. It was like no other. Subtle and smart. His impersonations were accurate and hilarious. He made us laugh. He was somewhat quiet but when he spoke it was important. He made people happy. He had a great smile.

What does Tony’s music mean to you?
It’s a reminder that I am in company with some of the great songwriters of my time. It doesn’t have to be widely recognized by the masses to mean something. I know it when I hear one of his songs. It gives what we do value. I am lucky and a better person to have known him.

Scorpios released 1 album of material in 2011. Is there more material to come?
Oh yes. I imagine we will always make these records. We definitely talk about this all the time, which guest Scorpios we could involve. Haha. Right now we are just enjoying playing in support of the first album.

You are almost as well known these days for your singer-songwriter material as you are for your punk bands. Was there a shift for you at some point in your writing where you said, “this is where I am going?”
Not specifically. At least there was no specific time or period. I certainly know that there was a long gradual migration for me toward the purity of a stripped down song performance. I always wrote on an acoustic and although I hadn’t made an acoustic record before 2004, I had already recorded many acoustic songs over the previous 15 or so years. That is in so many ways more second nature to me than the band thing. I am just very comfortable in that setting. Maybe it’s age appropriate. I’m not sure. But I can see why people who I have grown up with respond to the acoustic version of the same thing. I understand this as a fan of others

What else is coming up for you? You seem to be in like a million bands.
Too many. I am trimming the fat so to speak. That sounds nasty and perhaps arrogant. I don’t intend either. But I am streamlining. I will always have and be in Lagwagon. Me First and the Gimme Gimmes is an established brand as well. As for my 6 other irons in the fire, I aim to consolidate them all under one roof, under my name. It may sound strange but there is always someone telling me, “your fans are confused, you do way too many things.” Haha. I’m starting to realize that this is true and, while it is all rewarding, I can have different bands or individual musicians on my solo records. I can always make an occasional Scorpios record or another collaboration but if I make a solo record, there can be some Scorpios or Bad Loud or Bad Astronaut songs on it as well. It certainly would simplify things. 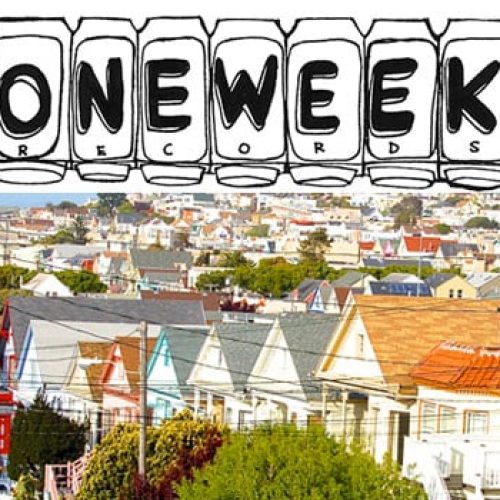