Underground Communique has been a driving force in the independent music scene for nearly 10 years. Based out of their Chicago lair, the label has put out over 70 releases and has had a hand in some of your favorite ska LP series (Ska Is Dead and the 3rd Wave Ska Preservation). Above the releases though, Underground Communique is a good label run by good people who love music.

I had a chance to sit down with label majordomo Justin Schwier to talk about UC. We discuss the label’s beginnings, our favorite guitarist Jeff Dean, and the label’s recent foray into comedy. Justin also provided some very keen insights to those who are looking to run their own label. Enjoy!

When did you start the label? What drove you to start Underground Communique?
I started the label in late 2003. During the last week of December is when we started to actually release things. A few years prior, I’d run a label called Government Music with a friend that put out 4 releases, and then fell apart after I got laid off from my job. That label was born out of a radio show that we both ran on a community radio station…and when the other guy left I changed the name of the show and eventually planned to start a new label, but that took a few years to get it all together…but I knew that I needed to get back to putting out records. I loved the work involved, I kind of felt like I’d found my calling. I’m sure you felt the same way when you started interviewing bands & becoming a writer. Over the years, I’ve generally found myself doing a lot of the behind the scenes type work, be it working at venues, flyer bombing, working at record stores, selling merch, running a radio show, working at a music distributor, etc… and that’s always been a lot more fun for me.

How does the relationship with your bands work?
I try for most of the relationships to stem from just being friends and going from there. Simple as that, if the bands want a contract we can write one up, if we just want to have a handshake agreement, then we can just do that too…but I try to keep things informal. With the bigger projects we’ve started doing like the Kickstarter and Ska is Dead projects, those tend to get a little more business oriented, because the scope is a little bigger, the bands for the most part are those people’s way of making a living, and there’s usually twice as many people involved in the actual bands…but I’ve been lucky in that I’ve kept things laid back with most of the artists on the label.

How many releases have you put out in total?
Somewhere around 70…there’s so many in pressing limbo and planning stages I’m not exactly sure anymore. I have release numbers through #90 allocated/planned.

You have incorporated a number of Chicago elements into the label. Talk about the relationship of the label and the city.
Yeah, I try to be subtle about it, but the Chicago flag motif does creep into designs here and there…but since I don’t run a hyper-localized label (like Dischord, for example) I try for it to not be too obnoxious. I love this city so, that pride does drive it, but as far as the relationship for a small label like mine to the city… there really should be an anchor in the scene where you live. I’ve always tried to keep that mentality, start by supporting friends, and then go outwards from there…wherever that leads you, but still keeping an eye on local bands.

What was your first big ‘get’? The release or band that really made you feel, “wow!”
I do remember the first time other people were taking notice of the label and visibly saying wow to me: that was when I was gonna release the O Pioneers “Black Mambas” LP. Though, there’s certainly all kinds of levels to this too. Every step of the way there’s been wow moments for me. From the first release with Mexican Cheerleader to the Young Light record I’m about to release, I could write a story about how every one in their own way made me think this. Since I invest all this time and money on a release, I have to. We really care about it…and each of those begins with a “wow, these people are trusting me to do this.” I try to keep that in mind at all times. I am still genuinely humbled by the people/bands that come to me and ask me to put out their records, and equally for those that accept my offers. I know that sounds corny, but it’s the truth.

What have been some of your most successful releases?
Off the top of my head…sales-wise…definitely the Methadones releases, the O Pioneers releases, the Break Anchor/Unsinkable Molly Brown 7″ is selling well right now, same with the Easy Action / Snakewing 7″, the first Kickstarter LPs are all pretty much sold out, the Ska is Dead 7″ series have both done really well too.

If you had to pick 3 bands/releases that told people what UC was about, what would you pick?
Wow, that’s really difficult to answer……there’s so many facets to the label at this point…this answer will probably change in 10 minutes but for now….. Shot Baker’s “Awake” album, Capital’s “Homefront” LP and Pilfers self titled LP…or maybe the Methadones “Not Economically Viable” LP….gah…I don’t know…I could maybe do a top 10…but top 3 is a HARD question.

How did you get involved with Asbestos Records in releasing the 3rd Wave Ska Preservation Records?
Well, Matt from Asbestos is my boss, we work at a computer sales company together. We met because we both put out O Pioneers releases and traded test pressings of our releases. We were both in high school at roughly the same time in the 90’s; and we’re both ska dorks from back then too…so we both have these old records that we still fucking LOVE. So we were talking one day and the idea came up, we both made ‘WOULDN’T IT BE AWESOME IF WE GOT TO DO THESE’ lists and we started asking bands and some of them said yes, some of them were like, ‘you’re fucking insane, no one cares about our old band’ …but it turned out a decent amount of people still cared.

Have you released a record, CD, 7”, etc. for every project that has featured Jeff Dean? Ha ha. He is a fantastic guitarist who brings something a little extra special to each outfit he plays with.
Hahaha…yeah Jeff’s been a great friend for a lot of years…surprisingly not…he’s in so many goddamn bands I could never keep up. I think I’ve done releases with only three bands…the Story So Far was on our Pegboy tribute comp, we did the Four Star Alarm 7″, and a couple releases for Explode and Make Up….but he’s behind the scenes in the details of a bunch of releases. He recorded the Young Light record, the Standup Mixtape episodes, he’s pushed bands my way, I met the Report Suspicious Activity & the Hellmouth/Break Anchor guys by going on tour with the Bomb. If there was a “six degrees of Underground Communique” game, Jeff would be a connection to a lot of things. Whether he realizes it or not, he’s a big part of the labels story.

You have recently been getting involved with more comedy. How did that come about?
I asked Cameron Esposito about doing a record…and she turned the idea into podcast and so we did that instead. Ha! that’s really it. I’ve never been interested in only doing releases for one kind of thing, and I go to a lot of comedy shows in town and she’s awesome, was one of me and my girlfriend’s favorite local comics to go see. So I asked Goodrich Gevaart, a mutual friend & another comedian, to put in a good word, to connect the dots and so we met up and hit it off and she pitched the podcast idea to me. We worked out the details, we produced it, and I met a lot of rad folks because of it. It was a fun project to do. I may do some more comedy releases eventually, but it’s a different world to operate in. Cameron has since moved out to LA and is doing amazing stuff out there, but if I do anything else it will probably be with people in Chicago.

Is there a ‘the one that got away?
Yeah, Jeff Dean asked me to put out the Bomb’s ‘Indecision’ record on vinyl years ago, around when Thick originally released the CD and I think I was in a bad mood that day or something and I passed on it. Stupid. Stupid. Stupid. I’ll never get over that one.

You have an open section about pressing records to vinyl? What prompted you to create this resource?
I made that up originally for the Vinyl Collective message board. People kept asking the same questions over and over and I got tired of re-typing advice. So I spent a few hours compiling info and eventually put it up on my website and keep adding to it when I have time. I only offer it because it’s helpful to people, I had help from friends when I started, and I just wanted to keep that information available somewhere…so I put it up there to be used by anyone looking for help. Every now and again I get an email saying thank you. That justifies the work to me.

What advice would you give to someone who was thinking about starting their own record label?
I always tell people these things about starting a label:

1. Take all of the money you have in the bank in singles, and go outside on the windiest day of the year and thrown the money into the air, whatever you can catch, be glad you got that much.

2. Go into any partnership with a band knowing that you can come out not liking those people anymore. Be prepared for those people to not appreciate the time and money you’re probably going to lose by putting out their record. Just appreciate the bands that do recognize that you’re not making money and doing a lot of work for no pay all the more. 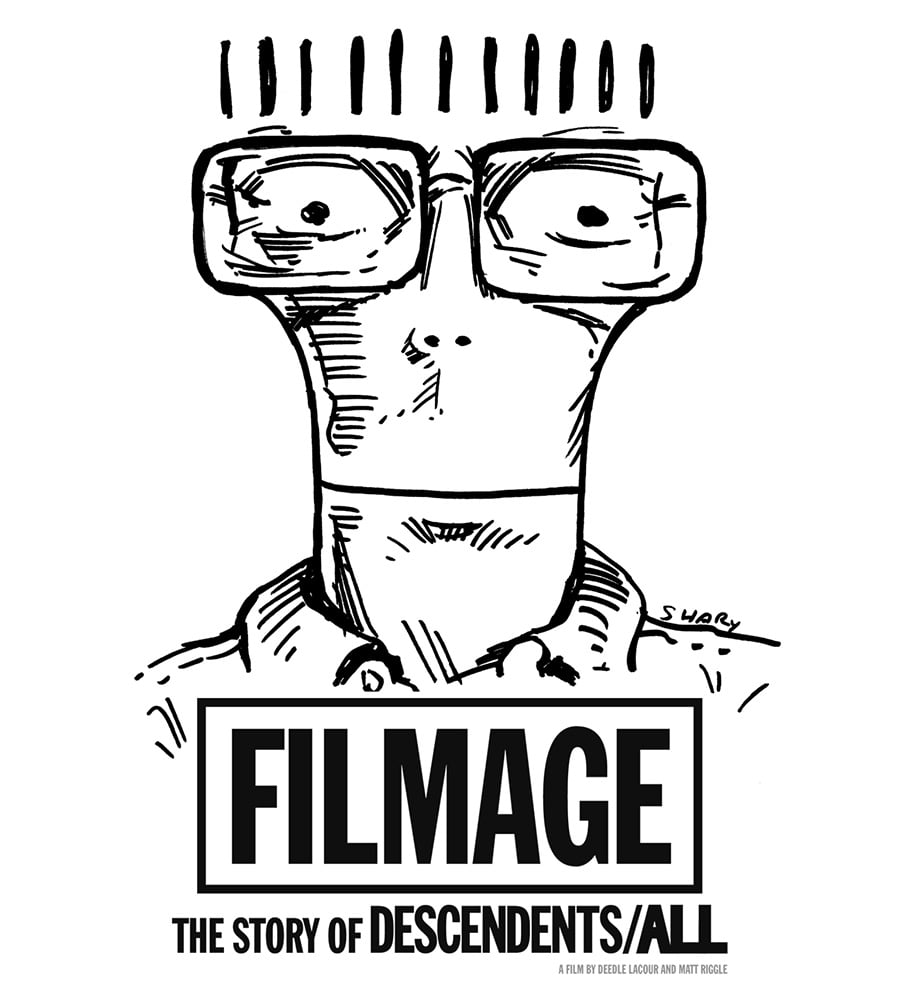 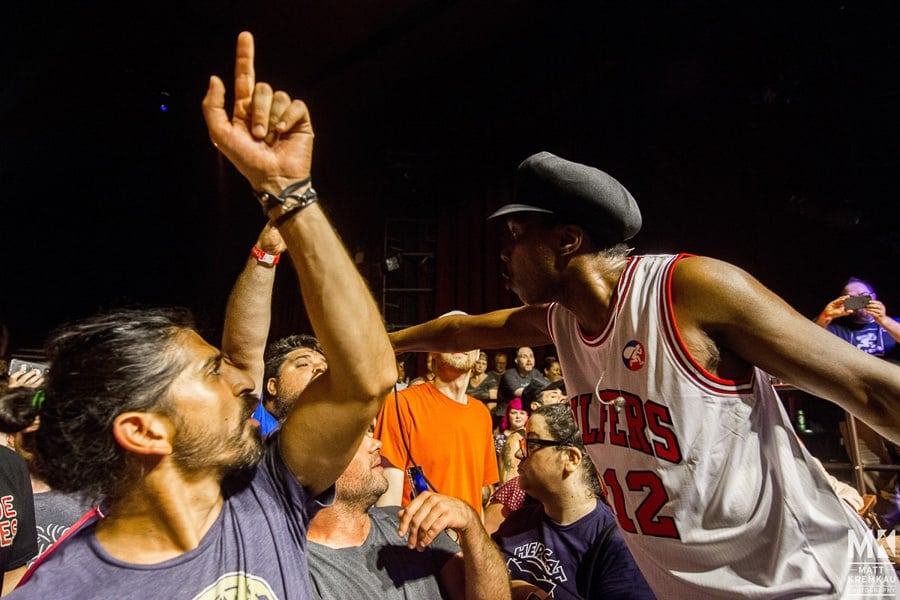 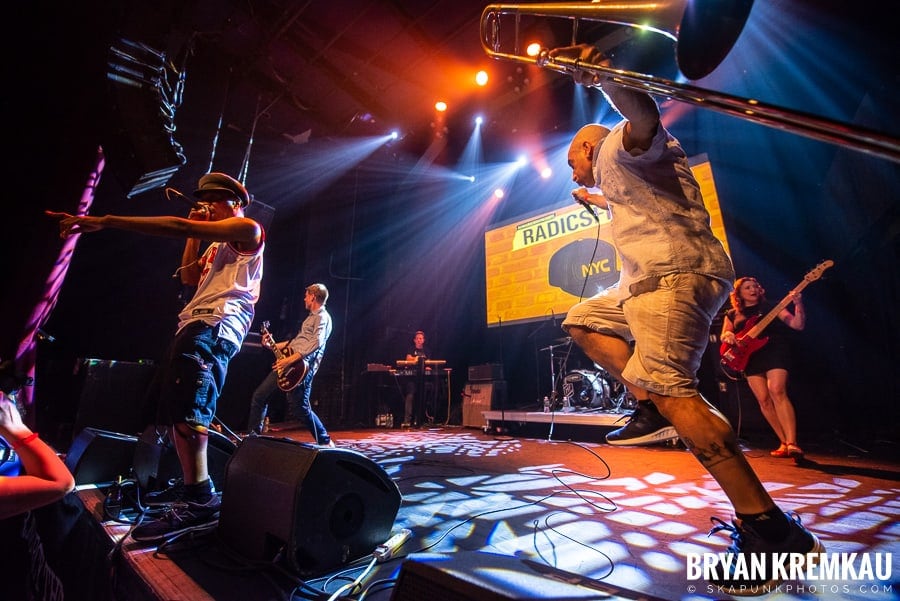