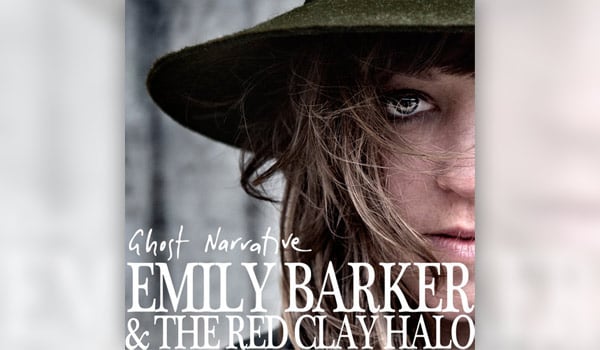 Emily Barker & The Red Clay Halo are releasing their next single “Ghost Narrative” on Tuesday November 11th on Linn Records to coincide with the band’s biggest ever UK tour which includes a headline show at Shepherds Bush Empire in London. Listen to the tune below.

Emily Barker has also been personally picked by radio legend Bob Harris to perform on the BBC Introducing stage at the Americana Music Festival in Nashville on Friday 20th September. It is the first time the BBC has taken its Introducing stage, which has already appeared at Glastonbury, Reading & Leeds and T-In-The-Park this summer, to Nashville. BBC Introducing is credited as having launched the careers of Jake Bugg and Florence & The Machine amongst others. The performance will be broadcast on Bob Harris’ Radio 2 show on 6th October.

Ghost Narrative is a heartfelt song about listening and learning from others, and how that can lead to a change in our own perceptions. The lyrics were inspired by a life-changing experience Emily had when researching the theme of “home” for the critically acclaimed Dear River album where she spent a day with a Noongar (Indigenous clan from the South west of Australia) man, walking along the Blackwood River and sharing ideas on the subject of home and belonging; they parted with a wish that their cultures would do more of this in the future: listen and learn from one another, acknowledge their differences and discover their similarities.