Alan Doyle and Russell Crowe have been working together for awhile now, and they have an album out together. Alan Doyle’s Boy on Bridge album has a song that Russell Crowe wrote with Alan called “Testify.” So when Alan premiered the music video today, it doesn’t come as a surprise to me to see Crowe in the music video as a priest. I believe this was filmed in Iceland recently, where Russell Crowe was filming that Noah’s Ark movie.

You can also see them perform together in NYC on October 13th at Gramercy Theatre with Scott Grimes, Kevin Durand and others. Robin Hood’s merry men are back together for one night! 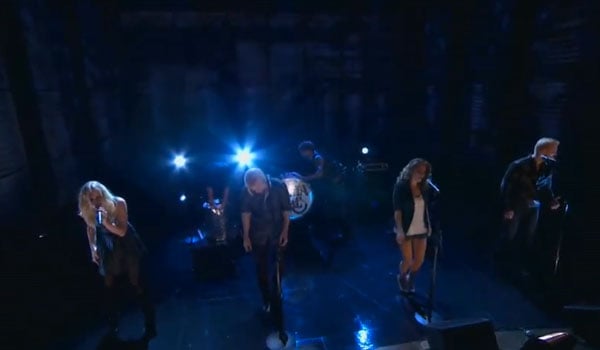 Next: Video: Delta Rae – “Bottom Of The River” (Conan)