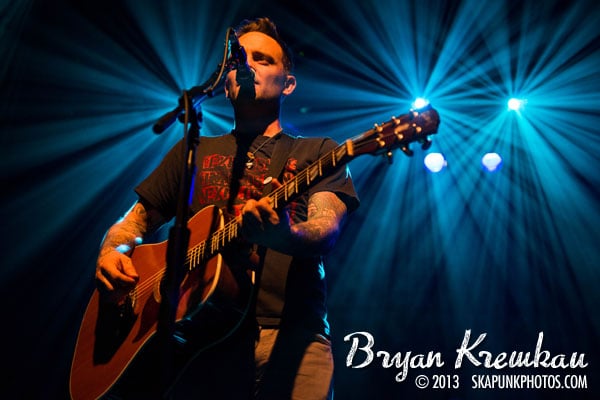 Dave Hause is set to release his new album titled Devour on Tuesday, October 8 through Rise Records. Dave’s latest song to get previewed is for the track “The Shine” and based on what I’ve heard so far, can’t wait to hear the rest!


Fans can now pre-order the new full-length album through Rise Records, and those who place orders will receive an instant download of the album’s first single, “We Could Be Kings.” The pre-order, which also includes a number of exclusive bundles to choose from, can be found HERE. As the follow-up to Hause’s well-received debut solo album, Resolutions, Devour presents itself as a thematic journey through its 12 tracks, carrying with it the idea that it is inherently American to have an insatiable appetite and how that appetite can potentially present obstacles when trying to maintain the meaningful relationships in one’s life.

Recorded at Grandmaster Recorders LTD In Hollywood, CA, and produced by Andrew Alekel and Mitchell Townsend, Devour finds Hause examining various emotions and connections through the duration of the album sequence. Beginning with “Damascus,” the song is meant to establish the notion that things don’t always work out the way we hope, which then leads into tracks that explain the reasons why (“The Great Depression,” “We Could Be Kings”). Through the remaining songs, Hause considers the changing of personal relationships due to the loss of faith and scope, all while looking to determine a silver lining of hope as well as the belief that love, creativity and belief in yourself will get you through it all.

On a break from The Loved Ones, Dave Hause’s Philadelphia-based rock band, he wrote and recorded the 10 songs that would result in Resolutions, his debut solo album that would go on to consume two full years of his personal and professional life. With the release of the album, Hause found himself touring North America, Europe and the UK multiple times, visiting Australia and even having the opportunity to play a rare show in Hawaii for the first time. In addition to performing on two Revival Tours, supporting The Gaslight Anthem on three tours and opening for the legendary Social Distortion on a recent month-long stint, the upcoming release of Devour is sure to find Hause touring incessantly through the remainder of 2013 and beyond.