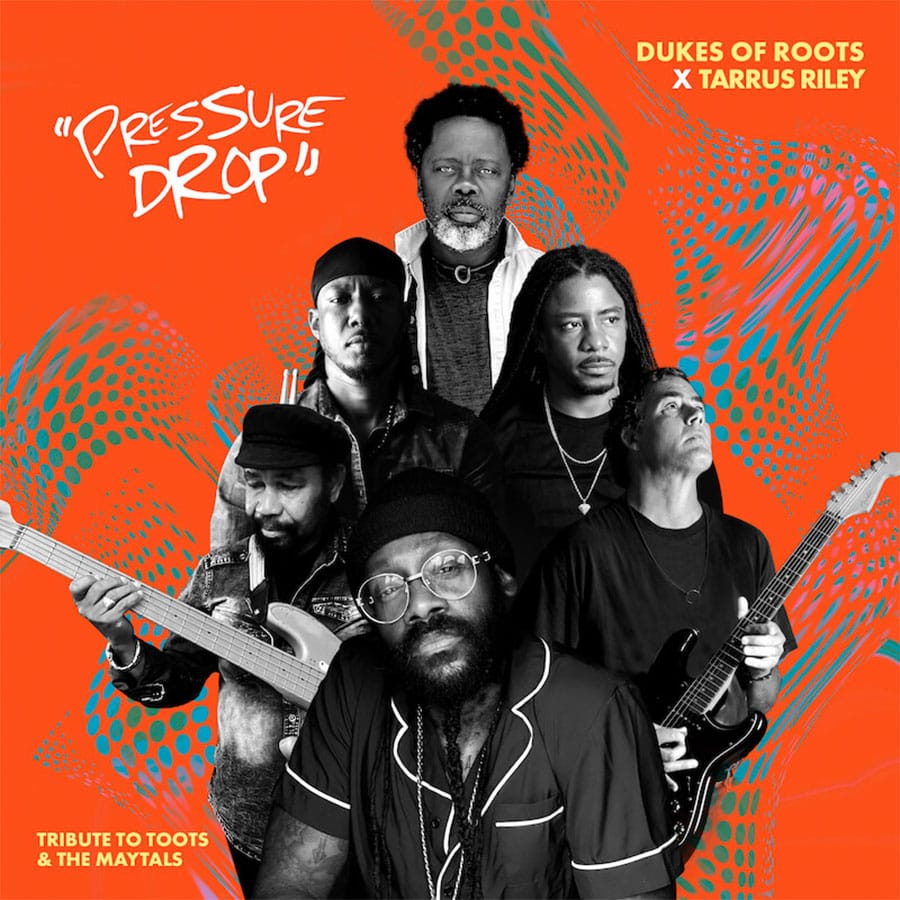 Dukes of Roots are set to release A Tribute to Toots Hibbert album sometime soon and the first single is the classic “Pressure Drop.” The new song is a tribute to friendship, roots music and Toots Hibbert, featuring the legendary Tarrus Riley. It’s available on all digital platforms today via Migration Records x YoungPow Productions. You can watch the lyric video below.

In September 2020 reggae music mourned the passing of Toots Hibbert, “Toots” from Toots & The Maytals. The loss inspired the Dukes of Roots to honor the legend. Dukes of Roots band member Rod Walkey (songwriter and guitarist) recommended the cover as their tribute to Toots. And it was Sean Diedrick who suggested and reached out to add Tarrus Riley as the featured artist. They recorded Tarrus’ vocals late last year at Penthouse Studio in Kingston, Jamaica, and the full song came together at Studio City Sound in Studio City, CA.

The prolific bassist of Dukes of Roots, Fully Fullwood was great friends with Toots and had performed many times with him, along with vocalist Mermans Mosengo who had performed with Toots. There is a famous quote from Toots when writing the song… “If you do bad things to innocent people, then bad things will happen to you. I’d say ‘The pressure’s going to drop on you.’ ” Reflecting back, Dukes of Roots comments, “We thought that this was an appropriate first release given the rich history of the song and roots reggae”.

Although Dukes of Roots is a new movement, it’s comprised of well known and regarded songwriters, musicians and artists who’ve come together to celebrate roots reggae music! With Mermans Mosengo on vocals, the Congolese singer has performed all over the world with the arts organization Playing For Change and a variety of other bands. Joined with George “Fully” Fullwood on bass, the Jamaican musician is regarded as one of the most prolific bass players in the scene having worked with greats like Toots Hibberts, Bob Marley, and Peter Tosh – to name a few. Courtney Diedrick on drums is also from Jamaica, and is a Grammy-award winning musician whose credits, like his bandmates, are prolific and include Damian and Stephen Marley, Mick Jagger, Dave Stewart – to name a few. Sean Diedrick on production and keys, is a Grammy-award winning producer from Jamaica who has been producing for legendary artists like Damian Marley, Stephen Marley, Sean Paul, Shaggy and Popcaan for years. And Rod Walkey on guitar also composes and writes lyrics for the band – together they are: Dukes of Roots!