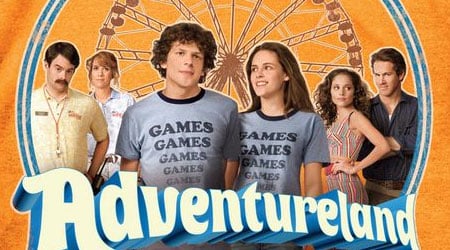 The most hilariously awful job in the world turns into the most unforgettable summer of a young man’s life in Adventureland, coming to Blu-ray™ Hi-Def and DVD from Miramax Films and Buena Vista Home Entertainment. Director Greg Mottola follows up his runaway hit comedy Superbad with an irreverent and insightful look back at the summer of 1987 and that last bittersweet moment between college and the “real world.” Available in Two-Disc Blu-ray™ Hi-Def, Two-Disc DVD and Single-Disc DVD, Adventureland will keep viewers in stitches long after the summer is past with its outrageous comedy and array of “funtastic” bonus features. The Blu-ray™ Hi-Def edition also includes a Digital Copy of the movie that can be viewed on an array of electronic devices.

Both the Blu-ray™ Hi-Def and Two-Disc DVD editions of Adventureland include these exciting bonus features:

· Just My Life: The Making Of Adventureland – Director and writer Greg Mottola sits down to reveal how his real life experiences helped inspire his unique comic vision for Daytrippers, Superbad, Arrested Development and now Adventureland. Cast members Jesse Eisenberg, Kristen Stewart, Ryan Reynolds, Bill Hader, and Martin Starr also talk candidly about what shaped them into who they are today, including the worst job they ever had.

The Blu-ray™ Hi-Def edition of Adventureland keeps the fun coming with:

· Frigo’s Ball Tap – The “drive by,” the “ambush,” the “stranger,” the “tying of the shoe” and the knee-buckling, tear-inducing “Bangkok” are just a few of the nad numbing moves demonstrated by the testicle tapping guru himself, Matt Bush.

· Welcome to Adventureland – Fans can learn all there is to know about the Adventureland amusement park with a pair commercials, the employee orientation kit and a peek at the official drug policy. 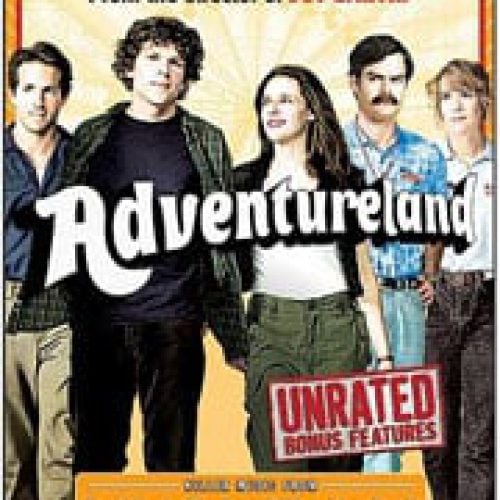