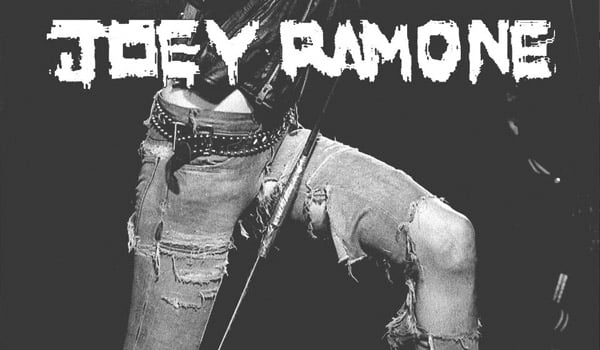 It’s another year without Joey Ramone and the Ramones but that won’t stop people from celebrating Joey’s birthday and the 40th anniversary of The Ramones. On May 19th, the bash will be held at Bowery Electric, right down the road from the original CBGBS. The Joey Ramone Tribute Band will be headlining which features Cheetah Chrome, Glen Matlock, Sic F*cks, George Tabb, Mickey Leigh and surprise guests to be announced. Also sharing the bill are Andy Shernoff, David Peel, The A-Bones, Heap, Gobshites, The Independents, and The Bullys.

2014 marks 40 years since the birth of the Ramones, one of the most inspirational bands in rock and roll. Rolling Stone Magazine declared: “…the Ramones helped invent punk rock by mastering a simple but extremely effective sound — a combination of speedy grooves, sing-along tunes and deadpan lyrics that achieved a kind of boneheaded genius.” The Ramones bold, original sound and black-humor speckled lyrics became cherished by lovers of a variety of Rock ‘n Roll so minimal and primal it was labeled “punk rock.” The gut-level, high-energy music that shot out of them like a lightning bolt caught the attention, and caused the creation, of thousands of bands wanting to harness that same energy. Eighteen years after their final show, The Ramones continue to influence thousands of newly formed bands, with no end to their recognition in sight.

In 1974, during the band’s incubational period, a young Jeffry Hyman attempted to provide the group’s backbeat as their drummer. In short time, it became apparent that Joey’s talent, and the band, would be far better served if he moved to stage front and center to become the quintessential, iconic lead singer.

Co-founder and producer of the BASH, Mickey Leigh, says “There is never a shortage of reasons to celebrate the birthday and life of my brother, and never hard to find a theme every year, either. This year the theme is more obvious than in all the years prior. Being that The Ramones were born in 1974, this year we’ll be celebrating not only the birthday of Jeff Hyman, we’ll be celebrating the birth of Joey Ramone, as well.”

Following the tradition, this year’s BASH will take place on May 19th, the actual date of JOEY RAMONES’ birthday, which this year falls on a Monday. The evening will be hosted at the Bowery Electric, to allow for a more intimate “up-close-and-personal” setting than in previous years. The venue is located on the corner of the Bowery and Joey Ramone Place, just one block from the location of the original CBGBs.

This year, the BASH is doing something truly unique by engaging fans via social media to participate in the event. The official artwork for the 2014 BIRTHDAY BASH was chosen through online contest submissions from local artists. Winner Marie Laferriere created the cartoon caricature of JOEY in his iconic on-stage persona (see illustration above). Additionally, one undiscovered NY based punk band will be chosen to perform at this year’s BASH. The winner will be announced towards the end of April and details about submission can be found on the JOEY RAMONE Facebook Page https://www.facebook.com/joeyramone.

Headlining the 2014 BIRTHDAY BASH will be The Joey Ramone Tribute Band featuring Cheetah Chrome, Glen Matlock, Sic F*cks, George Tabb, Mickey Leigh and surprise guests to be announced. Also sharing the bill are Andy Shernoff, David Peel, The A-Bones, Heap, Gobshites, The Independents (a group JOEY managed), and The Bullys. The Masters of Ceremony will be John Holmstrom, Stig Stench, Monte Melnick, and Peter Aschner. Carrying on the 14 year tradition, Sean O’Sullivan’s Punk Pipers will close the show. Additional surprises are anticipated but have not yet been revealed.

JOEY RAMONE would have turned 63 this year had he not succumbed in April 2001, after a seven-year battle with Lymphoma, just one month before his 50th birthday. Even after his passing, JOEY’s late mother Charlotte Lesher and brother Mickey Leigh kept their promise to celebrate with a huge party honoring the beloved musician, and the annual JOEY RAMONE BIRTHDAY BASH was born. This year commemorates 14 years since RAMONE’s passing. JOEY RAMONE’S BIRTHDAY BASH (though not always an annual event, due to the band’s tour schedule) began as far back as the ‘80s but has become one of Downtown NYC’s most beloved traditions. One of JOEY’s main intentions was to give exposure to up-and-coming, and unsigned bands in New York’s downtown music scene by showcasing them at his special “Joey Ramone Presents…” events. Leigh explains, “The Joey BASH carries on the tradition of presenting both well known and lesser known bands that make great music. But it also serves another purpose – one even more necessary, emotional speaking – the gathering of JOEY’s family, friends, and fans to celebrate his life on what would otherwise be a sad, somber day.”

Tickets are available in advance at the Bowery Electric box office for $25 ($30 day of show) or through
http://www.ticketweb.com/t3/sale/SaleEventDetail?dispatch=loadSelectionData&eventId=4192154&pl=boweryelectric

Bowery Electric is located at 327 Bowery, corner of Joey Ramone Place between 2nd and 3rd Street, NYC. Doors open at 6:00PM, and the show will begin at 7PM (21+). For ongoing updates, visit www.joeyramone.com. Net proceeds from the Bash go to support the Joey Ramone Foundation for Lymphoma Research.