A Day To Remember have announced “Right Back At It Again” tour for this Spring and starts in Atlanta on March 20th. Of Mice And Men will support on all dates, along with Chuck No Captain Chuck (March 20th – April 6th) and Issues (April 7th – May 4th). Tickets for all shows go on sale this week. For tickets and details about VIP packages visit here.

“We’re finally going back on the road and you know what that means,” commented lead singer Jeremy McKinnon. “We’re finally ready to show you all what we have been doing for the past year. We’re excited to be back. It’s been way too long. Come out. We’re gonna have a good time. Bring your friends.”

The band’s last album What Separates Me From You was a major breakthrough for A Day To Remember. Upon its release the album debuted at #11 on the Billboard Top 200 Albums chart and has now sold over 300,000 units. A Day To Remember’s entire catalog is now well over a million units combined.

Just last month, the band posted a brand new track “Violence (Enough Is Enough)” on their website to rave reviews from their loyal and die-hard fans.

Since their formation in 2003, Ocala, Florida’s A Day To Remember have grown from a small band with a dedicated local fan-base into a worldwide phenomenon, gaining the respect and adoration from their peers as much as their fans. This hasn’t been an overnight success story – A Day To Remember have worked hard to win over every fan they’ve made. Over the course of four albums, the band has sold out entire continental tours, landed two Top 25 Billboard debuts and topped the Billboard Indie Albums Chart.

RIGHT BACK AT IT AGAIN TOUR

A Day To Remember, Chuck No Captain Chuck, Of Mice And Men, Right Back At It Again, tour dates 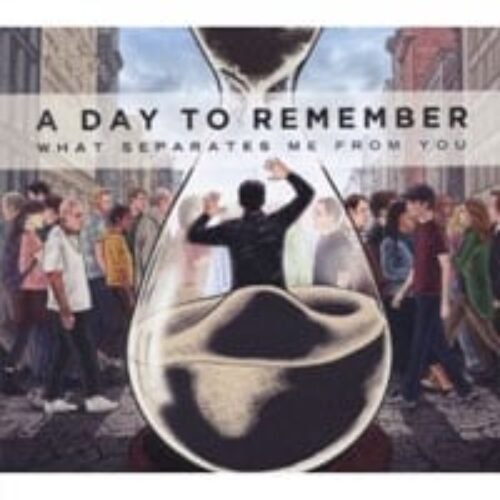 A Day To Remember – What Separates Me From You