Yesterday MySpace exclusively revealed the soundtrack listing for the highly anticipated film Alice in Wonderland. Curious to hear the soundtrack but I’m also curious to hear the film score from Danny Elfman! Gotta love when Elfman and Burton collaborate! The music from the fantasy adventure includes Franz Ferdinand, Avril Lavigne, The All-American Rejects, Owl City, Mark Hoppus and Pete Wentz, Wolfmother and many more popular artists. Alice in Wonderland stars Johnny Depp, Anne Hathaway, Helena Bonham Carter and Crispin Glover. The film is directed by Tim Burton and will be released in theaters on March 5. Can’t wait to see this in 3D!

Visit MySpace Music “In The News” blog for the exclusive reveal of the full soundtrack listing here or http://www.myspace.com/music.

From Walt Disney Pictures and visionary director Tim Burton comes an epic 3D fantasy adventure ALICE IN WONDERLAND, a magical and imaginative twist on some of the most beloved stories of all time. JOHNNY DEPP stars as the Mad Hatter and MIA WASIKOWSKA as 19-year-old Alice, who returns to the whimsical world she first encountered as a young girl, reuniting with her childhood friends: the White Rabbit, Tweedledee and Tweedledum, the Dormouse, the Caterpillar, the Cheshire Cat, and of course, the Mad Hatter. Alice embarks on a fantastical journey to find her true destiny and end the Red Queen’s reign of terror. The all-star cast also includes ANNE HATHAWAY, HELENA BONHAM CARTER and CRISPIN GLOVER. The screenplay is by Linda Woolverton.

Capturing the wonder of Lewis Carroll’s beloved “Alice’s Adventures in Wonderland” (1865) and “Through the Looking-Glass” (1871) with stunning, avant-garde visuals and the most charismatic characters in literary history, ALICE IN WONDERLAND comes to the big screen in Disney Digital 3D™ on March 5, 2010.

The tracklisting is as follows: 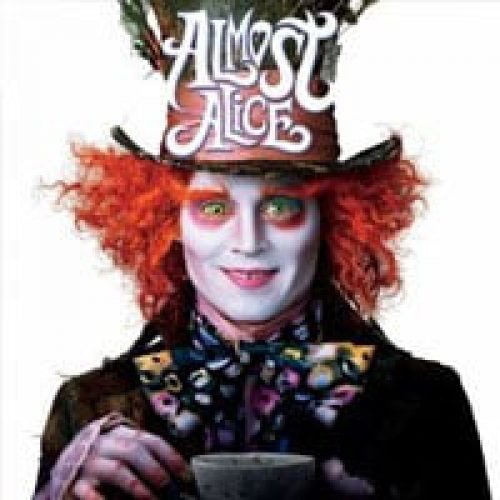