The Toronto-based duo with an innovative sound that fuses reggae, rock, punk and soul–is set to head out on an extensive North American tour this summer including a number of dates on No Doubt’s sold out tour. Of selecting the band to open for them on tour, No Doubt’s Tony Kanal says, “BEDOUIN SOUNDCLASH had my ear from the moment I first heard them. I’m a fan and we’re really looking forward to having them on tour with us.”

The recently reconfigured band–Jay Malinowski (vocals, guitar) and Eon Sinclair (bass)–will release a five-song digital EP WHERE HAVE THE SONGS PLAYED GONE TO? (Side One Dummy) on June 16 as they gear up for the early 2010 release of their fourth studio album, the anticipated follow-up to 2007’s Street Gospels (Sideone Dummy). The EP features B-sides from Street Gospels and one new song, “On My Block.” A limited edition print version of the set will be available on tour this summer.

The Juno-award winning group has forged their own musical path by creating a sound that embodies each member’s personal and diverse preferences. Formed in 2001 and named after Israeli fusion artist/producer Badawi’s 1996 release, the band has shared the stage with Ben Harper, Damian Marley, The Roots, Gogol Bordello and Thievery Corporation, among many others, and appeared a number of highly regarded international festivals including the UK’s V-Fest, Leeds and Reading Festivals.

Their last studio album Street Gospels was released in August 2007 and produced by legendary punk-reggae bass player Darryl Jenifer of Bad Brains–who also helmed sophomore album Sounding A Mosaic–and features Money Mark on keys. Standout album tracks include “1259 Lullaby” which appeared on “Grey’s Anatomy” as well as the infectious first single “Walls Fall Down,” the video for which was nominated as “Video of the Year” at the 2008 JUNO Awards and made it to #1 on the MuchMoreMusic countdown. The album has since gone gold in Canada and their video for “Until We Burn In the Sun” is nominated for three Much Music Video Awards this year, taking place on June 21. 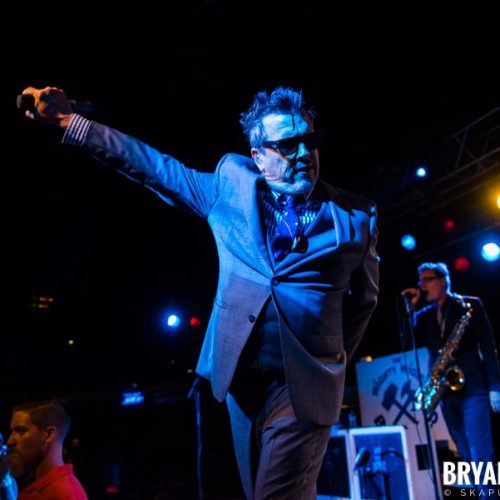 Mighty Mighty Bosstones Announce August Shows Including One In NYC!