The Virgin Mobile Fest is doing something Ozzfest has already done and is offering up FREE tickets. Sounds pretty sweet to me, I’d probably drive down if there were better bands playing. The full lineup playing the one-day fest include: Blink 182, Weezer, Franz Ferdinand, Public Enemy, Taking Back Sunday, Bravery, Girl Talk, Jet, The National, The Hold Steady, St. Vincent, Wale, and Mates Of State. The festival will also include a dance tent favorites that include Pete Tong, Danny Howells and Lee Burridge. An interesting lineup to say the least. The festival is happening August 30th at the Merriweather Post Pavilion in Columbia, MD.

Weezer, Blink-182, Franz Ferdinand, and Public Enemy Plus More Than a Dozen Others Scheduled to Perform August 30, 2009

WARREN, NJ – Speculation and predictions that have filled blogs and discussion boards can be put to rest. The Virgin Mobile Festival is returning, but with a catch. Admission will be free.

Virgin Mobile USA, creator of one of the largest and most critically acclaimed music festivals in the U.S., announced today that it would host the 2009 Virgin Mobile FreeFest on Sunday, August 30, at Merriweather Post Pavilion in Columbia, MD., with admission free of charge. All tickets will be given away, and previous Virgin Mobile Festival ticket buyers and Virgin Mobile customers will have the first crack at securing the 35,000 tickets.

The move celebrates both a giveback to music fans in a bad economy as well as an effort to solicit donations to homeless youth agencies in need around the country via The RE*Generation, Virgin Mobile’s charitable arm. Most sponsors, including premier sponsor Kyocera Communications, will be building awareness for the cause in their marketing efforts around the festival.

“Instead of focusing on layoffs or the state of the economy, we want to focus on concrete ways to provide assistance to those in need,” said Dan Schulman, CEO, Virgin Mobile USA. “People need outlets to both lend a helping hand and to escape and relax, for free, even if just for one day. We want to throw some good news in the mix.”

The 2009 Virgin Mobile “FreeFest” will be hosted on the beautiful, 40 wooded acres of Merriweather Post Pavilion. The grounds and facilities of Merriweather will be expanded to accommodate the multiple stage and dance tent set-up from prior Virgin Mobile Festivals. Those scheduled to appear at this year’s FreeFest include Weezer, Blink-182, Franz Ferdinand, Public Enemy, Jet, The National, Girl Talk, The Bravery, The Hold Steady, St. Vincent, Wale, and Taking Back Sunday, as well as dance tent favorites that include HOLY F*CK, Pete Tong, Danny Howells and Lee Burridge. The lineup of bands is now available at www.virginmobilefreefest.com.

“In a time of economic challenges and daily sacrifices, we wanted to throw a fantastic party so people could let loose and have a great time — on us,” said Sir Richard Branson, Founder and President, Virgin Group. “Virgin Mobile FreeFest offers music fans a brilliant day of fun and music and a chance for them to give back to those even less fortunate.”

To respond to the sharp decrease in national social giving, Virgin Mobile FreeFest will also host a special VIP seating area for those who donate their time to community service at designated homeless youth shelters around the country. Virgin Mobile is also encouraging people, regardless of wireless carrier, to text “FREEFEST” to 20222, with a $5 donation which will go to select youth homeless centers around the country.

Tickets to the 2009 Virgin Mobile FreeFest will be available to the public at www.ticketmaster.com at 10 am EDT on Saturday, June 27th. Virgin Mobile customers and previous Virgin Mobile Festival ticket buyers will be invited via email to a private “free-sale” (much like a pre-sale, except free) to be held Thursday, June 25th and Friday, June 26th.

“Taking care of our loyal customers comes first,” said Seth Hurwitz, chairman of I.M.P., promoter and producer of the Virgin Mobile Festival. “And when we say free, we mean it. The tickets are free. The parking is free. Ticketmaster really stepped up on this. Everybody just wants to make this the party of the summer. It’s gonna be nuts.”

Ticketmaster is waiving the convenience charge when fans pick up their FreeFest tickets at Merriweather or the 9:30 Club in Washington, D.C. Customers also have the option to pay Ticketmaster to deliver their tickets. For more details on the ticketing, including options for donating money to youth homelessness and buying limited edition FreeFest T-shirts, check out virginmobilefreefest.com.

Repeating the unique, eye-catching experiences that attracted more than 180,000 fans over the past three years, the 2009 Virgin Mobile FreeFest will take the word “free” to new levels. Inspired by the downturn economy, Virgin Mobile USA, along with returning premiere sponsor Kyocera Communications Inc., will host several attractions, including a Lucky Layoff Lounge, a special area open to the public that offers surprising treats to those who present proof of unemployment. The concept extends Virgin Mobile USA’s Pink Slip Protection, a plan that offers three months of free wireless service to eligible customers who lose their jobs.

“When Virgin Mobile first suggested to me that we throw this year’s festival for free, I was like, ‘Um…Ok.'” said Hurwitz. “I thought they were crazy. But then again, Virgin Mobile’s always done things a little differently. It’s that truly alternative attitude that makes them so great, and so much fun to work with.” Last year’s Festival garnered a coveted nomination for Best Festival of the Year by Pollstar Magazine and was named by Event Marketer as Best Proprietary Property. 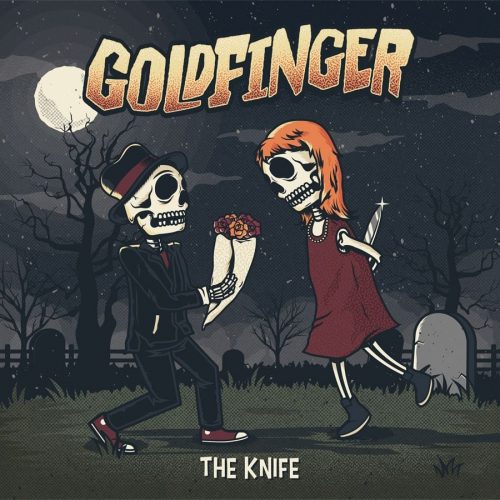