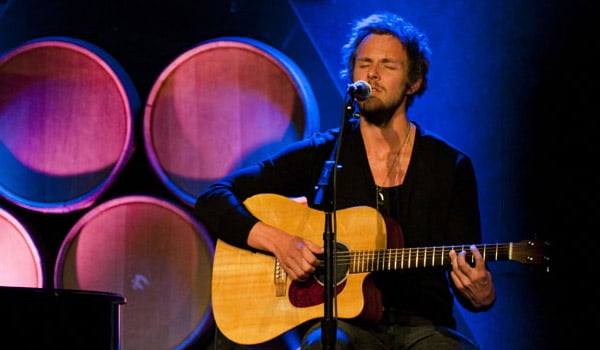 Acclaimed singer/songwriter Charlie Mars has announced the release of his new album, Blackberry Light on August 14th. Blackberry Light builds upon the distinctive musical approach first mined on 2009’s breakthrough Like A Bird, Like A Plane, with the Oxford, Mississippi-based tunesmith employing supple grooves and ambient production to enhance the elemental force of his classic songwriting. The album sees Mars delving deep within to offer insight and impact via a gracefully beatific distillation of folk, rock, and smooth acoustic soul. The first single from the album, “Let the Meter Run” is available for download now HERE.

A charismatic and captivating live performer, Mars will herald Blackberry Light with a series of summer shows, kicking off August 9th at The Soiled Dove Underground in Denver, CO. A fall tour supporting Steve Earle has also been confirmed for September 15 – 30. Complete tour dates are listed below.

Having spent 15 years as a journeyman artist, with all the highs and lows that entails, Like A Bird, Like A Plane found Mars crafting a sonic style uniquely his own, a sound informed less by traditional rock than by sinewy and soulful rhythms and stark, cinematic production. Mars spent much of the next two years on the road, growing an increasingly fervent fan following while slowly compiling a sheaf of new songs. Recording for Blackberry Light finally got underway in August 2011 at Austin’s Texas Treefort Studios, with Mars once again joined by many of the same cohorts that helped him create Like A Bird, Like A Plane, including producer Billy Harvey (Bob Schneider, Salim Nourallah), keyboardist John Ginty (Santana, Citizen Cope, Whiskeytown), bassists George Reiff (Ian Moore, Steve Poltz) and Dave Monzie (Fiona Apple), and drummers J.J. Johnson (John Mayer, Tedeschi Trucks Band) and Dony Wynn (Robert Plant, Robert Palmer, Brooks & Dunn). Upon the sessions’ conclusion, Mars recruited Grammy Award-winning producer/engineer/mixer Tchad Blake (Elvis Costello, Richard Thompson, Sheryl Crow) whose distinctive mix helps give Blackberry Light much of its uniquely spacious warmth.

With its sparse instrumentation and spotlight on transcendent groove and percussive atmospherics, the minimalist approach adds maximum intensity to Mars’ introspective songwriting. Imbued with jazzy warmth, simmering dynamics, and uncommon use of space and intensity, Blackberry Light presents a gifted writer and musician at his confident and creative peak, a milestone work in what has proven to be a most extraordinary artistic evolution.

“There are so many people who make art that don’t stick it out long enough to find their voice,” Mars says. “Look at Jackson Pollock, look at Mark Rothko. Those guys were doing all kinds of things before they came upon the thing that people know them for, before they found their groove. Well, I definitely found my voice and now I’m trying to grow from there.”