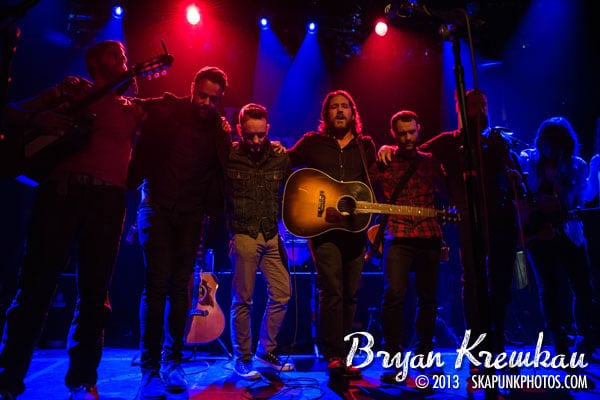 Chuck Ragan emailed everybody about the tour:

It’s my privilege to announce that I’ll be hitting the American road early April in support of our new record ‘Till Midnight’ set to release on Side One Dummy Records March 25th. I’ll be rolling out with the full band we call The Camaraderie made up of Jon Gaunt, Todd Beene, Joe Ginsberg and David Hidalgo Jr. We’re also extremely honored to announce that we’ll be joined by, The White Buffalo and Jonny Two Bags on the majority of the dates. We’re all looking forward to a great run and hope to see you out this Spring! Check out our pre-sale site www.chuckragantix.com where you’ll find tickets, merch and help us with a cause. As much as we love music and sharing it with the world, we’re aware that our means of travels do make an environmental impact on our surroundings. We’ve aimed to release some merch and means to offset our carbon footprint on this tour and help make a difference along the way. Along with some sustainable merchandise, we’ll be donating $1 from every ticket and package sold to Wildlands Network. An organization that makes a positive difference through their efforts to better our air, water, forests and the wildlife that inhabits them. To learn more about the organization we’re benefiting, check them out: www.twp.org

We are offering three packages which are below. $1 from every ticket/package sold will be donated to Wildlands Network. Purchase your tickets now at www.chuckragantix.com.