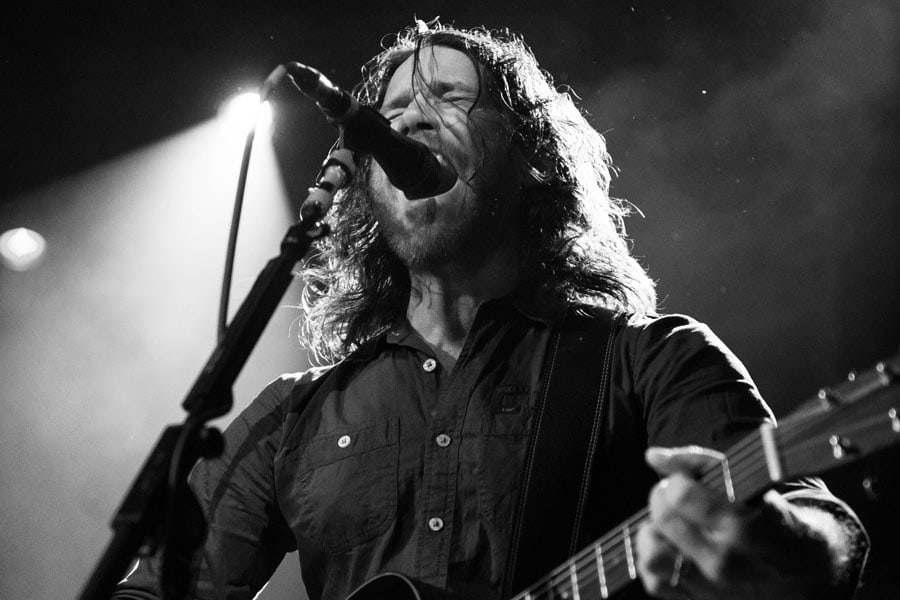 Chuck Ragan will be releasing the video game soundtrack The Flame In The Flood on February 4th via his own label Ten Four Records. Last year, the game creators were trying to get the video game funded and Chuck helped get the word out since he was doing the music. The title track has been available as a single for a while but now the entire soundtrack will be available. Chuck and the Camaraderie will be playing Rough Trade in Brooklyn, NY on February 12th and will be playing the songs from the soundtrack on the tour.

The alt-Americana of CHUCK RAGAN might not automatically seem like a match for a groundbreaking videogame, but when the game is The Flame In The Flood (a.k.a. TFITF), which projects the gamer into a completely unique, procedurally-generated river, through environments inspired by the Everglades, The Mississippi Delta, Louisiana Bayou, and other quintessentially American places, there couldn’t be a better fit. “Much of the material for TFITF was written while camping on the banks of the river or on solo missions drifting and rowing one of our local rivers,” recalls Ragan about the soundtrack that gets released on February 4, 2016. Released via his own Ten Four Records, TFITF was co-produced by Ragan and Todd Beene.

Created by the Art Director of BioShock and The Molasses Flood (a videogame collective including the aforementioned Art Director of BioShock and a team of veterans of the BioShock, Halo, Guitar Hero and Rock Band series), TFITF places the gamer in the environments mentioned above to survive by scrounging for resources, crafting tools, remedying afflictions, evading the vicious wildlife, and most importantly, staying ahead of the coming rains.

“I’m completely honored to share some original music to the world through TFITF,” said Ragan. “Viewing some images of early layouts and catching the drift, so to speak, of what the game would be all about, the direction of music that I wanted to take and work on with The Camaraderie became very clear.” The soundtrack of alt-Americana including Ragan’s original music features his band The Camaraderie and friends. “I spent quite a lot of time running out to the river, setting up camp to build a fire, write, fish, write more and repeat,” he says of the atypical writing process. “I also wanted to invite and include friends to be a part of it, playing, writing or singing anything they wanted to add. Cory Brannan, Jon Snodgrass, Adam Faucett and of course The Camaraderie are some of the very important collaborations on this recording that made the soundtrack it what it is.”

Intimate and tender with Ragan’s trademark gravelly earnest vocals, the soundtrack sounds more like a jam session than a prepackaged album. Sounding great whether listening through earbuds or around a campfire, songs like the lilting “Gathering Wood”, the instrumental “Spanish Moss” featuring stunning fiddle work by Jon Gaunt who also wrote the song, to the yearning closing track “What We Leave Behind”, TFITF doesn’t sound like a mashed together soundtrack because it isn’t. It’s a logical next record in Ragan’s already storied solo career. The title track is the perfect example in that it sounds like a tried and true Chuck Ragan song… because it is.

“TFITF is a collection of songs of survival,” he explains. “Written from the perspective of a drifter, nomad and explorer, TFITF will take you on a journey down that river in search of a safe haven. I feel so blessed to not only be a part of such a strong and active music community but to be able to share the stage, write with and learn from the people that I work with is such a healthy and revitalizing way to work.”

The Flame In The Flood soundtrack will be released via Ten Four Records on February 4, 2016. His upcoming tour (dates below) will showcase the soundtrack.