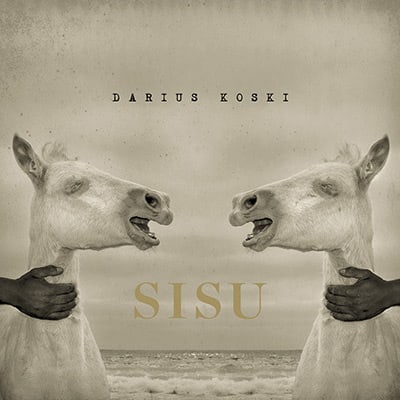 Darius Koski of the Swingin’ Utters have been sitting on a ton of songs for a decade now. He’s finally going to release them on a solo album called Sisu, to be released on April 7th. The solo album will consist of 15 tracks and be released on Fat Wreck Chords. Go buy it here. Sweet!

We’ve loved the Swingin’ Utters since we first heard them tearing up the streets of our beloved San Francisco, and part of the reason why we loved them was the inspired and unique songwriting of Darius Koski and Johnny Bonnel. So when the Utters slowed down in 2004, we were more than happy to ride it out with Filthy Thieving Bastards, the wonderfully folky outfit that included both Darius and Johnny, each still writing incredible tunes. When they returned with a creative burst in 2011, we were let in on a little secret from Darius Koski: he had been sitting on a stockpile of solo songs for over a decade! Granted, a proper album hadn’t been recorded yet, but the songs were there and, would we want to hear it? Well, obviously! And wow, this record is something else entirely.

To be released on April 7th and comprised of 15 tracks, Sisu, the debut solo album from our friend Darius, is a veritable grab bag of acoustic-based genres, with wide ranging instrumentation: guitar, piano, banjo, accordion, violin, glockenspiel, vibraphone, melodica, ukulele, and percussion! Swaying from the haunting honky-tonk piano on “Paper Tigers” to the galloping rhythm and surf guitar accents on “Howls From the Gale,” Sisu weaves its way through country, blues, acoustic, indie, bluegrass and both American and Irish folk. We’ve done our best to explain it but let’s hammer it home by letting you “Listen!” to one of these wonderful songs over at The Big Takeover. One will deduce that his musical career has a trajectory, one that is constantly pushing forward, never pausing, always offering something original, always giving us new songs. How fortunate we are! On top of our song premiere, we also have a tour announcement: he’ll be hitting the road this April with multi-instrumentalist Ryan Davidson, who generously contributed his playing talents to Sisu. Don’t miss it! Read what Darius Koski had to say about his first solo album:

“The release of this record has got to be one of the highlights of my life so far. I’ve always written songs like this (in a genre other than punk rock), but the only outlet I’ve had for them has always been maybe a song or two on Utters, or Filthy Thieving Bastards records. I have a lot of material that’s just been sitting around for 25 years, with no outlet, and it’s been frustrating. None of the songs on “Sisu” are quite that old, but there are a few that I know I wrote around ’99. I’ve wanted to do this my whole life—I’ve always wanted to be a solo artist, so this really is a lifelong dream of mine. There are so many good vibes and strange positive energy in the last few sentences that now I think I’ve given myself a headache and need to drink some beers, to get back in my own head…”