The NHL announced today that the Dropkick Murphys will be making a special appearance at the 2010 Bridgestone Winter Classic at Boston’s Fenway Park on New Year’s Day. I guess it’s one reason to watch the game, considering I don’t like either team playing. But if I had to root for a team, go Bruins. The Flyers and their fans can go shove a cheese-steak up their asses. But anyway, I guess it’s always cool to see hockey teams playing in big baseball stadiums. Seems like the ice is too far away from the stands though so I don’t know why people enjoy this.

Dropkick Murphys will perform prior to the historic outdoor matchup between the Boston Bruins and the Philadelphia Flyers on Friday January 1st, 2010. NBC will provide live broadcast coverage of the game and the performance in the U.S. and in Canada, CBC and RDS will televise the event live.

The Murphys will open the historic outdoor game at Fenway Park with a performance of their signature song, “I’m Shipping Up To Boston”.

“We are absolutely thrilled that Dropkick Murphys are performing at the 2010 Bridgestone NHL Winter Classic,” said Don Renzulli, NHL Senior Vice President of Events & Entertainment. “As performers and as hockey fans the Dropkick Murphys bring a new level of excitement to this historic game.”

Last year’s NHL Winter Classic at Wrigley Field attracted the largest U.S. audience for a regular-season NHL game in 34 years. The 2010 Bridgestone NHL Winter Classic, a celebration of the sport of hockey and a return to its roots, will be the third regular season outdoor NHL game played in the U.S. and the fourth overall.

There are multiple ways for fans throughout North America to tune in to the event on New Year’s Day. NBC will provide live broadcast coverage of the game in the U.S. and in Canada, CBC and RDS will televise the event live. The NHL Network will offer all-access pre- and post-game original programming. And 98.5 The Sports Hub in Boston, WIP Radio in Philadelphia and SIRIUS XM Radio will carry the live radio coverage with NHL.com providing extensive and comprehensive digital video coverage.

For more information go to: http://www.nhl.com/ 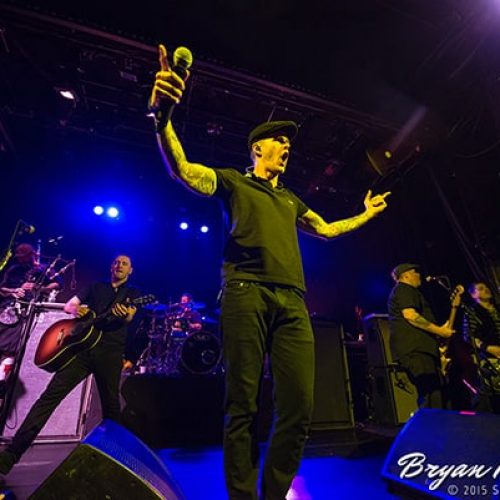