With a career spanning some fifty years and an equal amount of hits, it is quite surprising that Ska Legend Eric Monty Morris has never released a full length solo album. That will change on March 29, 2011 as Eric Monty Morris releases his first studio album.

The new album, part of a series called “The Living Legends Collection” (Buckley Records), will offer up brand new recordings of classic Morris hits such as “Penny Reel”, “Sammy Dead”, “Strongman Sampson”, “Oil in My Lamp”, plus seven other classic Morris songs. The first single from the project, “Into This Beautiful Garden (2011 Version),” features Sadiki and was released on March 1st in digital format.

Producer for the album is Jamaican Singer/Songwriter/Producer Sadiki, who also does a dual role as Recording and Mixing Engineer. “Doing this album was a great journey into an area of Jamaican Music that had it’s heyday in Jamaica, a bit before my time,” said Sadiki. “I’d always been a fan of Ska, but I became even more involved when I was asked to manage Mr. Morris back in early 2010. My hope for this release is that it helps to not only kick-start the fourth wave of the Ska music genre, but that it also helps to put some of the spotlight back upon traditional Ska music.

There were some challenges involved in producing the album, the major one being recreating classic songs with an updated feel so that they captivate a new audience, yet making certain that Morris’ tried and true fans would be appreciative of the new recordings. “I believe that we’ve hit the mark,” said Sadiki. The album’s eleven tracks were chosen on the basis of their popularity and how well they fit into the all-around vision for the album. European and U.K. performances are scheduled for mid-April. Through a worldwide distribution deal with Zojak Worldwide, “The Living Legends Collection – Eric Monty Morris” will be released in digital format on 3.29.11.

Buy the album on iTunes here. 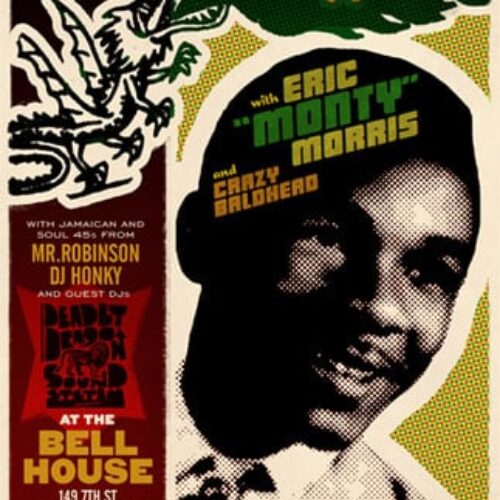