After an almost ten year hiatus from recording, the former lead singer of the Squirrel Nut Zippers, Tom Maxwell returns with a new album, a new band Tom Maxwell & The Minor Drag and a new book.

His new self-titled album, Tom Maxwell & The Minor Drag, was recorded with long-time Zippers producer Mike Napolitano and features guest vocals by Ani DiFranco. The Minor Drag is an extraordinary collection of musicians, featuring members of Lost In The Trees and The Old Ceremony. They display remarkable flexibility and nuance, and boast instrumentation not often found: drums, tuba, vibraphone, piano and guitar.

“It sounds cliché, but doing this album was a dream come true,” Maxwell remarked. “First off, I got to work with Mike Napolitano again – that veteran of so many Squirrel Nut Zippers records and my brother from another mother. And we did it in New Orleans to boot – the birthplace of most of the music I love. Working with Ani DiFranco was the icing on the cake: she’s fantastic.”

Along with the new album, a memoir written by Maxwell about the Squirrel Nut Zippers’ strange rise, Hell, will be published by Oyster Point Press (formerly Pressque Publishing) on August 26th, simultaneous with the release of this album.

“I wrote the book because I wanted to reveal the ‘before’ side of the story, because most people know the ‘after,’ Maxwell commented. “I wanted to show how hilarious and heartbreaking the whole thing was, how improbable and inevitable.”

Both the album and book are available for pre-sale now on Tom Maxwell’s website at: www.tommaxwell.com

Tom Maxwell & The Minor Drag are planning a fall tour in support of both the album and book. More details to come soon. 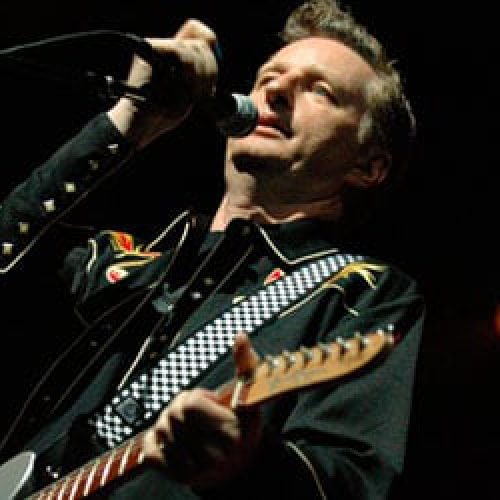