Giant Panda Guerilla Dub Squad are releasing a new (reggae) album called Make It Better. The album will be out September 16th on Rootfire Cooperative. Pre-orders are now happening here. Giant Panda will celebrate in Rochester with their hometown album release party on September 10th at Anthology with Thunder Body. They will also be playing at The Knitting Factory in Brooklyn on October 5th. You can hear a new track off the new album below as well.

Giant Panda Guerilla Dub Squad (GPGDS) are on a mission to “Make It Better.” The new album from the Rochester, New York-based band addresses this theme, not just through music, but through art, conversation, and everyday living. Even the smallest actions on a local level can produce positive change on a global scale. Singer-bassist James Searl explains, “There is a lot of intention in this release. We had a purpose to prove to ourselves recording this album. We wanted to know that we could put our heads down and do good work fast. It was a great release artistically. It uniquely sounds the most progressive of anything we have ever done while also sounding the most like our first album.”

With five previous studio albums, ranging from their alternative Americana releases Country (2012) and Bright Days (2015) to their Billboard Reggae chart topper Steady (2014), Giant Panda normally tests out new material live before capturing studio recordings. Make It Better was a different approach. With children, families, and age, the band has made an effort to focus on the economics of time: how to spend it together efficiently while pursuing goals with intention. The economics of time led to a focus on music and the importance of capturing and sharing recorded moments more frequently. Searl adds, “This work is new and fresh. We had to make it better. We wanted to catch up with our lives and take a dive into work that had not been fleshed out live, by recording and releasing it quickly.” The result is the band’s finest work to date. Aptly titled Make It Better, the captivating ten track album is set for release on September 16, 2016 on the Rootfire Cooperative imprint.

Formed in 2001 in Rochester, NY, Giant Panda first received praise for their live show, which combined world beats and reggae rhythms with an urgent energy and jamband dynamics. More recently the band’s diverse recordings have showcased their songwriting, musicianship, and ability to transcend genre.

Make It Better was mixed and co-produced by Danny Kalb (Beck, Ben Harper, Karen O) and recorded with Matt Goodwin at Riot City Sound and Blackdog Studios in Rochester, NY, and Scanhope Sound in Littleton, CO with engineer Joel Scanlon. Danny Kalb and the band have never met in person. The relationship is based purely on music, sending each other demos and critiques, allowing the music to meld into one sonic vision that has become Make It Better. Both Goodwin and Scanlon have a long history with the band. Goodwin was GPGDS’ first keyboardist, off and on former roommate, and has recently been their live sound engineer. Scanlon also spent years on the road as the sixth Panda member: engineering, recording, and live dubbing the band across the nation. Both are intimately aware of Giant Panda’s core elements and intuitively understood how to capture their essence for these recordings.

The album’s first single “Live And Travel” is written by guitarist-vocalist Dylan Savage focusing on “a person’s long journey making their way home to be with loved ones. It’s a love song not only for family and those close to us, but for the nature and beauty that surrounds us everyday.” Savage also wrote “Really True,” featuring backup vocals from Elliot Martin of John Brown’s Body, a tune that carries the lover’s rock spirit of Gregory Isaacs and Bunny Wailer, with “the idea that love for your country is more than symbolic flag waving, but truly addressing the real and serious issues that face our country with a sense of nuance, flexible perspective and purpose.”

The title track “Make It Better” kicks off the album with an upbeat horn-fueled stomper that reinforces the underlying theme, while “Gone” the closing track beautifully bookends the set with its African inspired acoustics, introspective lyrics, and heavy one-drop rhythm. Other highlights include “Gotta Make A Living,” which Searl explains was inspired by watching an in depth Wu-Tang documentary, and how artists “make all kinds of sacrifices with friends, time, money, family, and distance, but not as a choice, but as a necessity, while still having to make a living.”

Every detail on the album reflects the working commitment to collaboration and art creation, even down to the provocative artwork created by artists Icy and Sot (http://icyandsot.com) from Brooklyn by way of Iran. The sibling artists formed a strong solidarity with the band when they worked in Rochester doing street art for the “Wall Therapy” movement that drummer-vocalist Chris O’Brian is a part of. “Wall Therapy creates a therapeutic urban environment by painting beautiful art in public spaces. Through collaboration with international street artists, local businesses, and volunteers, Wall Therapy has 100% succeeded in making Rochester a better place to live,” O’Brian states.

In conclusion, Searl summarizes, “We want to convey the message that acting locally and thinking globally has real effects. Let’s focus on the problems until we can find solutions. This is not just political or pain associated. All around us, people are finding better ways to educate children, discovering healthy alternatives to deadly addictions, and we are always striving to make our music and art more intentional.” 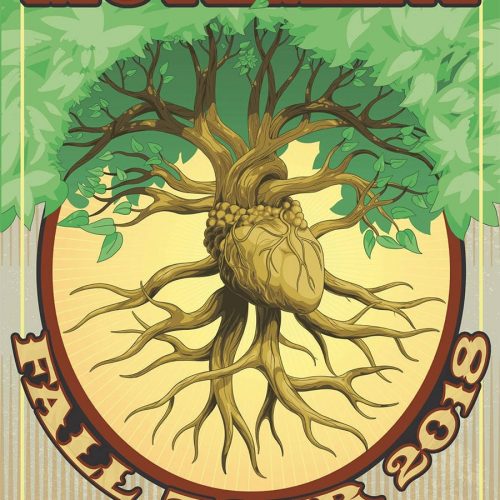 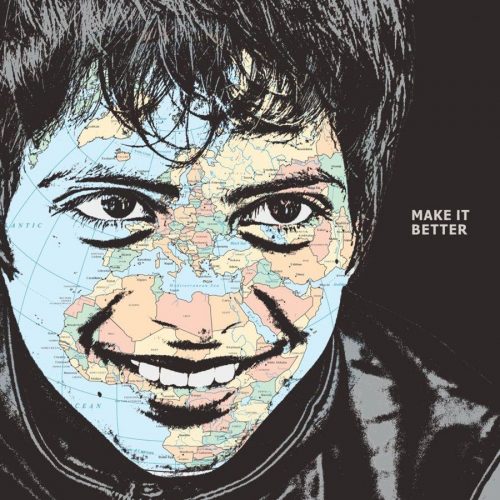