Gogol Bordello have announced that they will be releasing a new album called Solidaritine on September 16th. The name should be no surprise since they were already playing tour dates under that tour name. The album is produced by Walter Schreifels and will be released on Casa Gogol/Cooking Vinyl. You can pre-order here. The band also has announced fall tour dates as well, which you can see below.

Frontman talked about the new album and their music:

“This is music of survival and perseverance. That’s always been our main driving force. We just want to give the world a timeless album with messages of human potential and power.”

“Our music was always about perseverance. Rock ‘n’ roll comes out of a real place. Take a group of people who have endured immigrant traumas and dislocation. They create music, get successful together, become more baroque and experimental, and experience some years of relative calm. All of a sudden, humankind encounters these problems like the pandemic and the war. This is when rock ‘n’ roll is the most necessary and where we perform the best.” 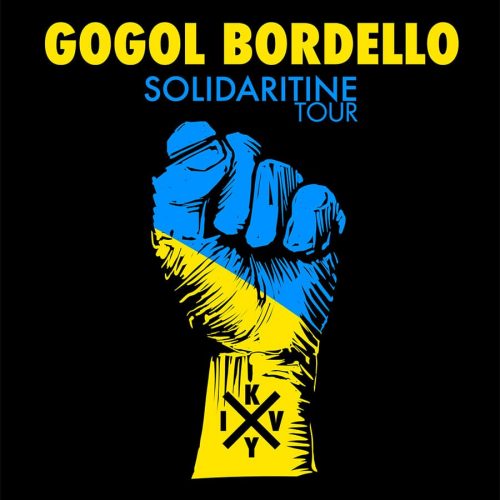