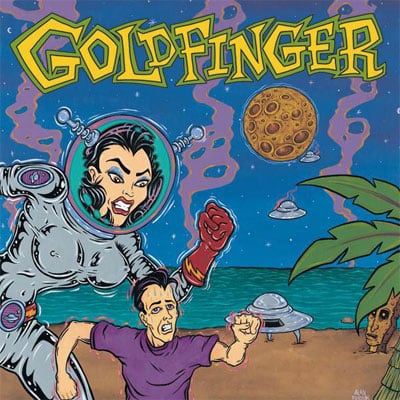 
SRCvinyl is proud to bring you Goldfinger’s self-titled album on vinyl for the first time ever! Goldfinger is the first album by ska punk band Goldfinger, originally released in February 1996.