Recorded at the Metro in Chicago on February 1-2, 2008, Live in Chicago boasts explosive performances of classics and rarities spanning band’s celebrated twenty year career. The triple LP (with download code) includes 30 songs that clock in at 90 minutes from both nights at the Metro, and will be available on six different colors (Blue, Red, Yellow, Green, Purple and White), all of which are limited to 550 copies each. The double CD will include the same set of songs, plus an 80 minute, 24 song live DVD of the February 2 show, which features a few alternate versions, plus one song not found on the album.

The release of Live in Chicago, comes only a day before the band kicks off their North American headlining tour with The Menzingers and La Dispute, which starts in Tampa on January 16 and culminates in Seattle on February 10.

The band is touring in support of their first album in eight years, Exister, which was released in May of 2012 on Rise Records. The album debuted on the Billboard Top 200 at #34, a career high for the band, and has been praised by fans and critics alike with Alternative Press stating it “serves as a reminder that the thousands of bands aping this style of punk will never be as great as Hot Water Music.”

Stay tuned to http://hotwatermusic.com/ for the latest news and updates regarding Live in Chicago and Hot Water Music’s upcoming headlining tour. 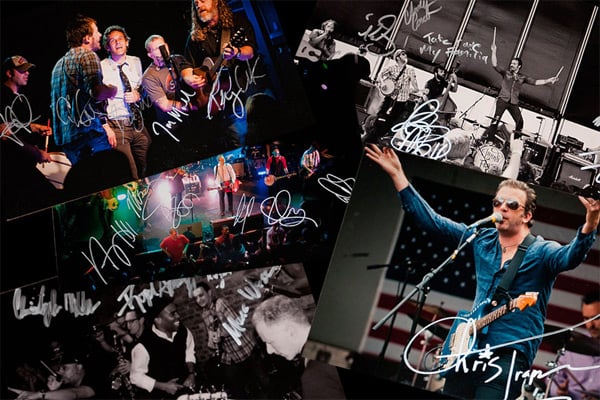