Jenny Owen Youngs new album “Transmitter Failure” is set to be released on May 26th on Nettwerk Records. This record is a bold departure from her 2007 release “Batten The Hatches,” which thrust Youngs into the spotlight (and won her a record deal with Nettwerk) when her song “Fuck Was I” was featured on the TV show “Weeds”.


The new record, produced by Dan Romer (Ingrid Michaelson, April Smith, The Woes) has a different musical take. Transmitter Failure is a gripping album featuring a lush aural landscape populated by gut-thumping bass lines, electric guitars, sunny keys, booming horns, digital drum tracks and even flute, glockenspiel and a full string section at times (borrowed straight from the pit of award-winning Broadway musical Spring Awakening). Where acoustic guitar was once a cornerstone of her previous work, the sonic core of Transmitter Failure is comprised of crunchy, multi-layered electrics.

Youngs says of the new sound, “I wanted to make something that would move people emotionally, but also move them physically. I did not want to end up touring for another three years on a record that wouldn’t offer people the opportunity to move. So. Dan and I set out to make something that was, quite simply, more fun to play live. In the process, my writing took turns I didn’t expect.”

Yet throughout it all, Transmitter Failure is unmistakably Jenny: Smart song structures, melodies informed by her love of pop music, and an ability to sting the listener with her candid lyrical insights.

The album’s lead, ‘Led to the Sea,’ is ‘the loudest song on the record,’ says Youngs, “and it couldn’t be further away from the musical ideas of Batten”. On April 7, Youngs will release the Led to the Sea EP along with some additional mixes and a remix of the single. ‘Led to the Sea’ will be a home page featured song on Paste.com so check it out now to hear the track early! 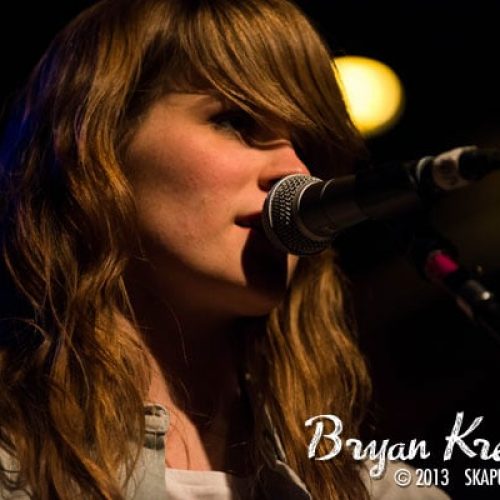