Warner Bros. Records/ Parlophone have signed Paul Weller and will be releasing his new album Saturns Pattern on May 11th(UK)/May 12th(US). On top of that, Weller will also be playing the US in June as well including stops in NY at Terminal 5 on June 12th and on June 20th in Brooklyn, NY at Music Hall of Williamsburg.

Warner Bros. Records/ Parlophone are proud to announce the signing of one of the most important and influential artists of his generation or any other, Paul Weller.

The new album was recorded in Weller’s own Black Barn Studio and produced by Jan “Stan” Kybert (Oasis, Bjork, Massive Attack, etc.). Weller and Kybert have worked together extensively in the past on albums such as Sonik Kicks (2012), As Is Now (2005), Studio 150 (2004) and Illumination (2002). Saturns Pattern will be available in a variety of formats: Standard CD, Deluxe CD/DVD set, vinyl album, and Limited Edition Deluxe Box Set with CD/DVD/vinyl album. The digital formats will be available in standard and deluxe editions with the deluxe edition featuring previously unreleased bonus tracks. iTunes versions are exclusively mastered.

Album pre-orders are available starting today, Feb 11th, via iTunes or Amazon and will include an instant download of the first track from the album,”White Sky.” Click here to view the “White Sky” video.

Saturns Pattern is comprised of a strong nine song cycle of futuristic sounds and styles. Drums were recorded by Ben Gordelier, keyboards and backing vocals by Andy Crofts both from Weller’s band, additional guitar parts were contributed by Steve Cradock (Paul Weller Band, Ocean Colour Scene), Josh McClorey (The Strypes), and Steve Brooks, with whom Weller formed the short-lived original line-up of The Jam in 1972.

Be it heavy, soulful, psychedelic, spiritual or dance-inspired, the end results are consistently propulsive, uplifting and remarkably fresh in a way that you have never quite heard the Modfather before. “It’s a little bit of a leap into the unknown really,” says Weller. “I don’t know where it will take me… It’s got a lot of movement to it. I think that’s it’s going to be a bit of an inspiration to people,” he recently quoted in Q Magazine (U.K.).

Track listing for Saturns Pattern:
White Sky
Saturns Pattern
Going My Way
Long Time
Pick It Up
I’m Where I Should Be
Phoenix
In The Car…
These City Streets

Since 1977 up to the present, Weller has remained a consistently ever-evolving, globally celebrated force of nature revered as one the most respected songwriters in British music history. His virtuosity as a guitarist and an immediately recognizable soul-inspired vocalist, his trademarks are second to none. As an unequalled icon of British style with a keen individualistic fashion sense, Weller has designed and curated lines of menswear and footwear. Real Stars Are Rare is his latest menswear imprint.

Weller’s impressive body of work with both the fiery R&B informed punk of The Jam (1976-1982) and The Style Council (1983-1989)who’s inspired mix of pop, soul, jazz and funk created genres unto themselves. Thirty years on, the seismic impact of each of these bands remains indelible. Since then, his solo work has continued to surpass everything previous. Weller has been decorated with numerous awards and accolades almost too numerous to mention with an unequaled chart history, particularly in the U.K. and Europe.

Even after roughly thirty albums, ninety + singles & EP’s, various live albums, Box Sets, DVDs, a plethora of side projects and collaborations it would appear the muse and music of Weller is more confident and exciting than ever before, as he constantly pushes himself to greater heights with each recorded outing. Fiercely independent, artistically fearless but always with enthralling results, Paul Weller is a true iconoclast in every sense of the word.

Paul Weller will tour the U.K. and Europe this March and April. He will return for a tour of the east coast and mid-west of the U.S. in June. Further tour announcements and on-sale information will be confirmed and revealed very shortly. Until then, confirmed North American dates are as follows: 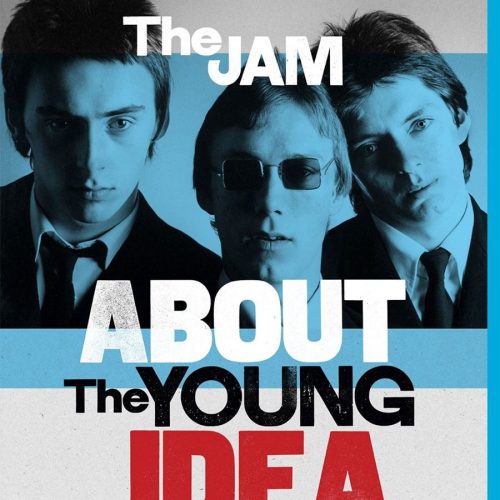