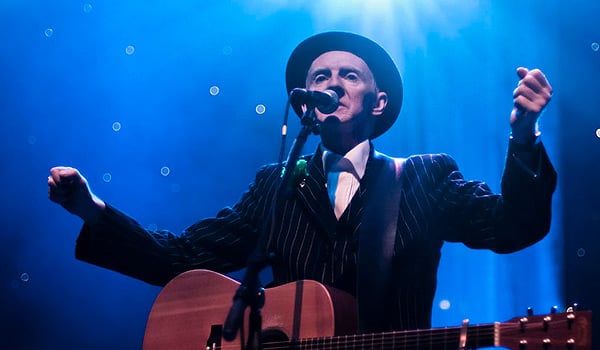 Sad news was posted on Pogues.com today as guitarist Phil Chevron has made public that his cancer has returned. Philip had cancer few years ago but sadly, it has returned and doesn’t seem to be operable. It’s really hard fighting back the tears right now honestly. I’m hoping Philip will do what Wilko Johnson is doing and just keep on living each day to the fullest until the curfew. This news is such a fucking bummer.

Pogues and Radiators from Space guitarist Philip Chevron has revealed that the head & neck cancer for which he received treatment in 2007 and a clean bill of health in April 2012 has in fact returned. In August 2012, Chevron and his doctors noticed a new tumour and this one is in a position whereby treatment is seriously ill-advised and would almost certainly cause Stroke or worse. The cancer is, in short, inoperable and will prove fatal in time, though it is at present impossible to measure life expectancy.
[Pogues.com]

Our dear friend, Phil Chevron, today has made public the return of his cancer. You can read his statement here –pogues.com

Sad as news about Phil Chevron is,I’m sure he would like us to make clear that he is still keen & able to work on musical theatre projects.