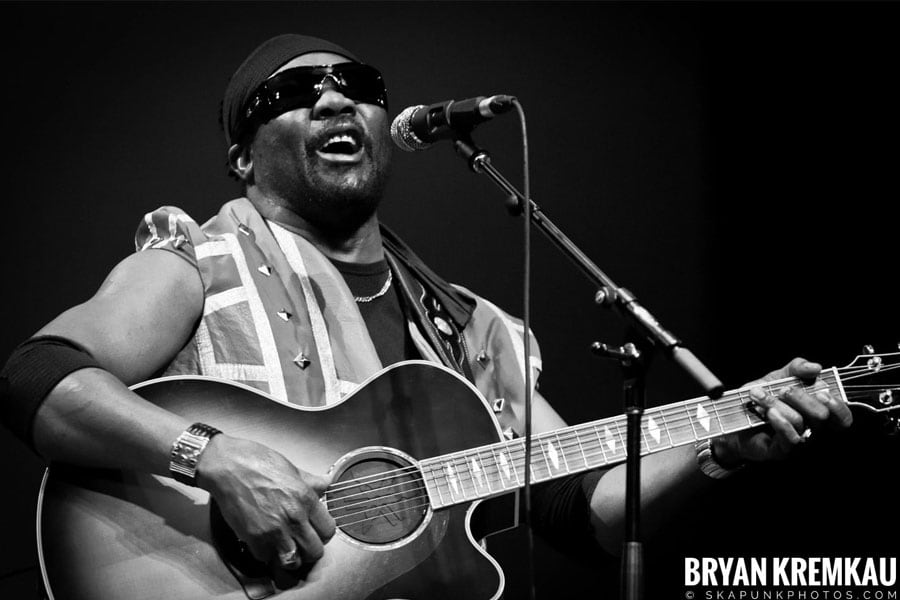 Sad news that I’m sure everyone has heard by now but reggae legend & pioneer Frederick Nathaniel “Toots” Hibbert has passed away at the age of 77. Toots took ill and ended up in the hospital early this month. There were reports that he was in a medically induced coma, then stable, then not and it was a lot of back and forth. Sadly, he has passed away after just releasing a brand new album called Got To Be Tough, his first new album in a decade.

I was happy to finally be able to see and photograph this legend back in 2012 in Sugar Loaf, NY after Hurricane Sandy hit the Northeast and I didn’t have power down in Jersey City. So I was staying up in Orange County and saw Toots was playing an acoustic tour and reached out to his management to shoot the show. I got approved and it was a great show!

I was supposed to see him play the Vintage Reggae Fest at Hammerstein Ballroom in NYC back in 2007 but a snow storm was approaching the area. Since I had a 90 min drive back home at the time, I had to leave before he went on. Was always sad I missed that night but glad I was able to see him play in Sugar Loaf in 2012. My hearts go out to his family, friends, band mates and fans. Let’s play some Toots and the Maytals this weekend!

It is with the heaviest of hearts to announce that Frederick Nathaniel “Toots” Hibbert passed away peacefully tonight, surrounded by his family at the University Hospital of the West Indies in Kingston, Jamaica.
The family and his management team would like to thank the medical teams and professionals for their care and diligence, and ask that you respect their privacy during their time of grief.
Mr. Hibbert is survived by his wife of 39 years, Miss D, and his seven of eight children.

Trojan mourns the passing of legendary reggae icon Toots Hibbert, frontman of the groundbreaking reggae and ska group Toots & The Maytals. Our condolences to all his family, friends, and loved ones. #TootsHibbert pic.twitter.com/YQx4Fga26v