The world has lost a folk legend, activist, and just a great human being in Pete Seeger. Pete sadly passed away last night at the age of 94 and had lead an excellent life. He did so much for folk music and music in general, as well as the Hudson Valley. He influenced so many great artists like Bob Dylan, Bruce Springsteen, Billy Bragg, Tom Morello to name a few. His activism and his music will be missed greatly but his legacy will live on in Clearwater!


As a solo performer, songwriter, interpreter, and member of the legendary folk band the Weavers, Seeger brought traditional and political songs to the mainstream over the course of his 70-year career. He wrote or co-wrote “If I Had a Hammer” (a hit for Peter, Paul and Mary) and “Where Have All the Flowers Gone?” (made famous by the Kingston Trio). The Byrds had a Number One hit with “Turn! Turn! Turn!,” which Seeger had adapted from the Book of Ecclesiastes and set to music. In Seeger hands, songs from Cuba (“Guantanamera”) and South Africa (“Wimoweh”) became beloved sing-along standards around the world, and “We Shall Overcome,” a traditional gospel song that Seeger heard early in his career, was a regular part of his repertoire and a staple of civil rights rallies for decades to come.
[Rolling Stone]

Here’s what some people had to say about the passing of Pete Seeger:

“I still believe the only chance for the human race to survive is to give up such pleasures as war, racism and private profit.” Pete Seeger

RIP Pete Seeger… Such an amazing man and inspiration. http://t.co/AY9QHCMbj2

Pete Seeger. What can I say. He said it and sang it and lived it all. Our paths crossed many times, and I am the better for it. RIP

Oh Dear. RIP Pete Seeger. Easily one of the most influential musicians in history. Well done, Sir. Cheers to a Life Well Lived.

RIP Pete Seeger you inspired many

RIP Pete Seeger one of the great grandfathers of performing songwriters. He was a voice for justice and will be missed. 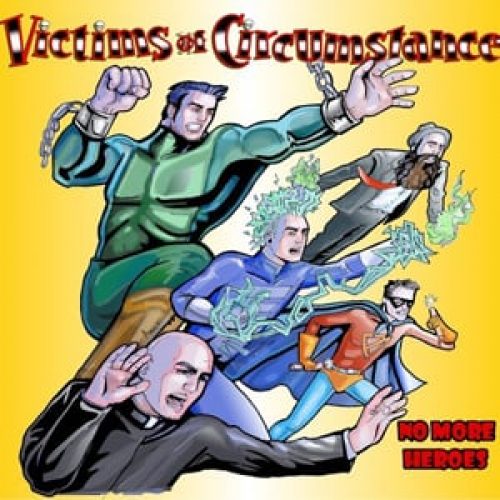 Victims of Circumstance – “No More Heroes”