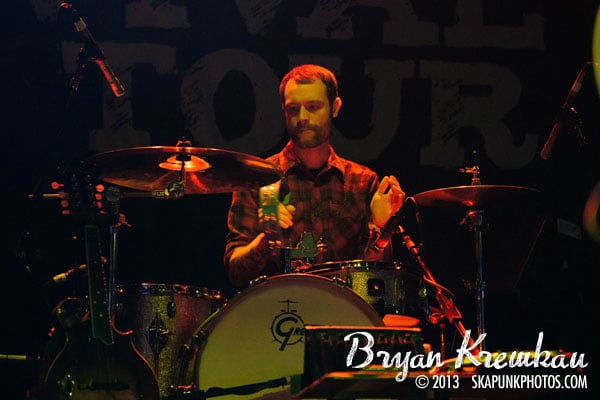 Singer-songwriter Rocky Votolato kicks off his “U.S. Living Room Tour” today in support of his upcoming, highly anticipated eighth studio album Hospital Handshakes, which is due out on April 21st from No Sleep Records.


Going back to his roots of basement shows and house parties, Votolato will be performing intimate acoustic sets and getting up close and personal with fans at secret locations on his upcoming Living Room Tour. Fans can experience music in the most organic way possible, with no stage, no sound system, just a musician and his guitar. Each show will be extremely limited to only 40-60 tickets and the location will only be revealed after tickets are purchased. Get tickets now at http://www.rockyvotolato.com/shows/.

Excitement continues to build for Votolato’s forthcoming record, Hospital Handshakes. The album was produced by Chris Walla (Death Cab For Cutie), and features 11 stunningly beautiful tracks that examine themes of healing, spiritual longing and finding a sense of purpose in life as heard on songs like “The Hereafter.” Pre-order the record here: https://nosleeprecords.com/product/7531.

Catch Votolato performing new songs from Hospital Handshakes on his U.S. Living Room Tour and follow him at https://www.facebook.com/rockyvotolato for additional updates.