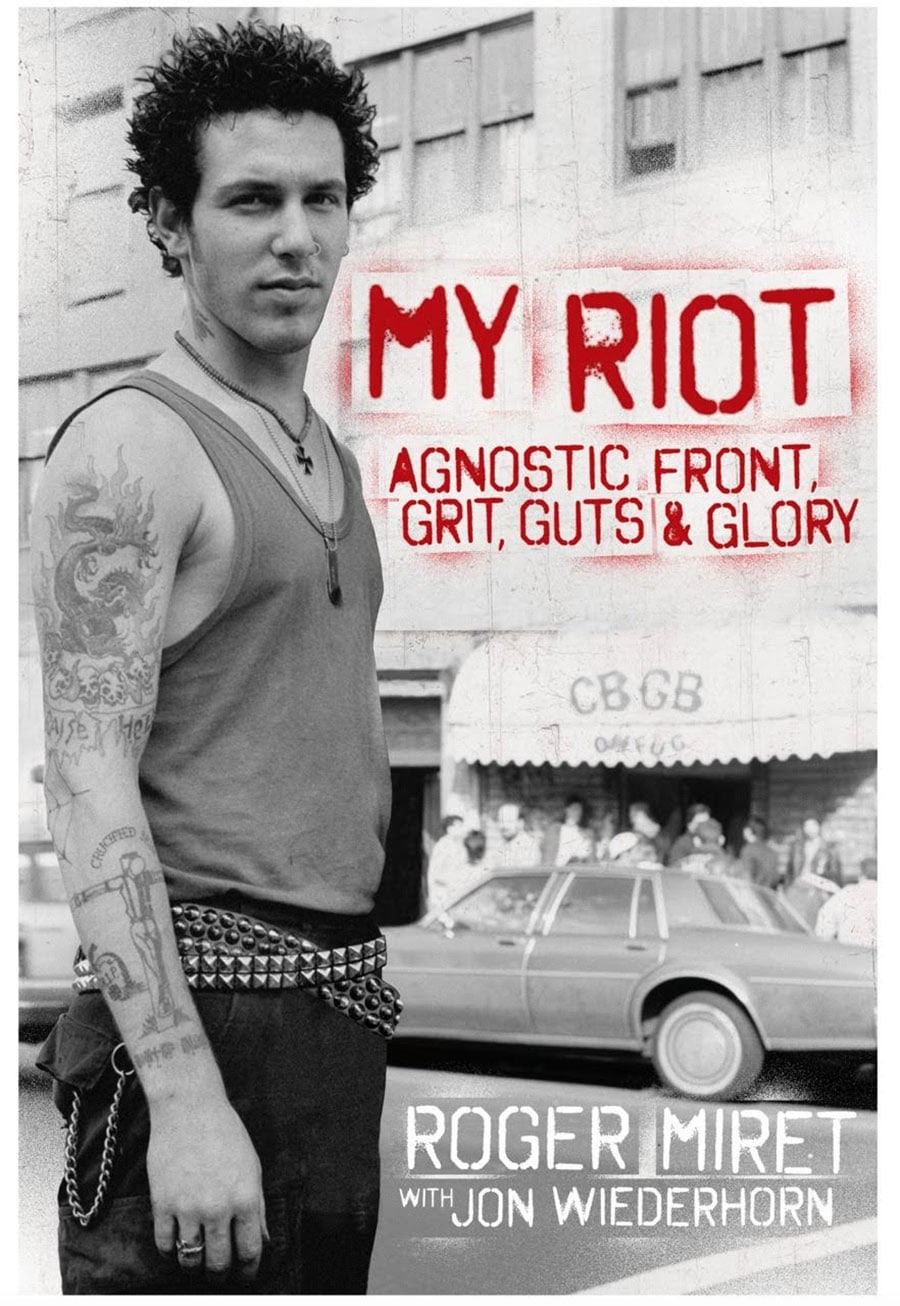 Everyone is writing a book these days from the music scene and I’m all for it. I love reading about the scenes from back in the day, especially books from the punk, ska and hardcore scenes. Agnostic Front vocalist Roger Miret has written a memoir with Jon Wiederhorn (also known for his book entitled Louder Than Hell: The Definitive Oral History of Metal and his contributions to Rolling Stone, Loudwire, and Vice’s Noisey). The book will be out on August 29th via Lesser Gods.


The book chronicles Miret’s life surrounding his career as the vocalist of Agnostic Front, a leader in the New York Hardcore scene, and the significant events in his upbringing that led him to where he is now. Though he has a colorful musical history replete with trouble and mischief, the biography focuses on Miret’s trials and tribulations growing up in 1980s New York City.

Born in Cuba, Miret fled with his family to the US to escape the Castro regime. Through vivid language and graphic details, he recounts growing up in a strange new land with a tyrannical stepfather and the roles that poverty and violence played in shaping the grit that became critical to his survival. In his teen years, he finds himself squatting in abandoned buildings with unforgettably eccentric runaways and victims of similar childhood trauma. With like-minded misfits, he helps pioneer a new musical genre but with money scarce and commercial success impossible, he turns to running drugs to support his family and winds up in prison. It’s the ultimate test of his toughness and perseverance that eventually sets him on a path towards redemption.

Pre-orders are available now on Amazon and Barnes & Noble.

Agnostic Front and Sick Of It All Announce 2020 Spring Tour