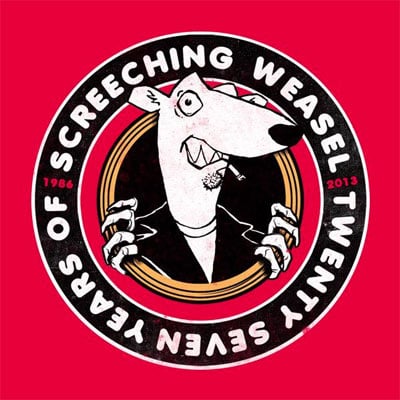 Screeching Weasel will finally be playing New York City, after avoiding the city for many years for whatever reason. Ben Weasel and whoever else is playing with him, will be playing with Down By Law, The Huntingtons and Furious George on June 15th at Irving Plaza.


Ben Weasel has kind of stepped out of the spotlight a little after the SXSW altercation but has been playing with the band sporadically. But fans of the band (including myself) who live in the Manhattan will finally get the chance to see him and the band perform. Tickets go on sale tomorrow at 10am here. Tickets are $29.99 plus whatever Live Nation want to rape you with.

Check out Rocks Off for more details about the show.