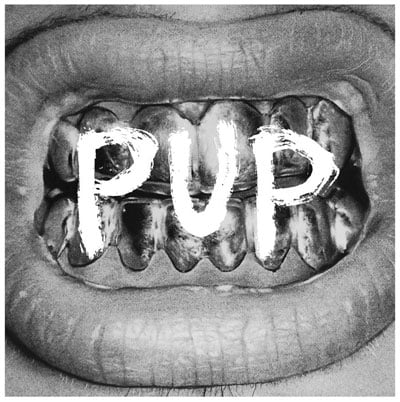 Side One Dummy have signed Toronto based band PUP and will release their debut album in the Spring. If you’re in Brooklyn on December 12th, the band will be playing at Death By Audio with Chumped, Slow Warm Death and more. More info can be found here about that show.

“We’re really excited to be working with PUP. Their explosive sound and energy caught our attention immediately and we can’t wait to help spread that across the globe,” says SideOneDummy co-founder Bill Armstrong.

And needless to say, the band is pretty stoked too. Vocalist Stefan Babcock says: “We’re humbled to be working with SideOneDummy. This is a label that we all grew up listening to. It’s one of the labels that is largely responsible for getting the four of us into punk rock in the first place. We wouldn’t be the band we are today without those seminal SideOne releases. Signing with them has been a serious trip.”

In just two short years, PUP has taken both Canada and the U.S. by storm, sharing stages with the likes of Fucked Up, Titus Andronicus, So So Glos, Yuck, Cancer Bats and more.