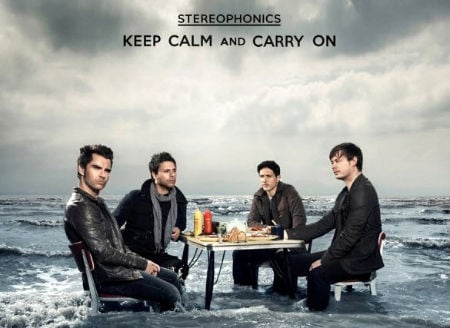 Stereophonics are set to release their 7th studio album “Keep Calm and Stay Calm” on November 16th and with that, comes the new video for the single “Innocent.” It’s definitely a catchy tune and it’s worth checking out. The album comes out in the UK in November with no mentioned plans for a US release date yet, but I would imagine it’s right around the corner. A special hardcover edition of the new CD will also feature a DVD with behind the scenes footage and concert footage from their prior tour for “Decades in the Sun.” To see the video and find out where they may be playing, check it out after the jump.

Following on the band’s triumphant return to Cardiff Castle over the weekend, we are pleased to announce that Stereophonics will be heading out on a UK arena tour in Spring 2010.