The Gaslight Anthem have signed with Mercury Records and plan to have a new album out in 2012. The band was on the label Side One Dummy for two full-length albums. Everyone pretty much knew the band were going to take the major label route sooner or later. I knew this was going to happen as soon as I heard The ’59 Sound. Let’s hope the music doesn’t suffer for it and the band keep doing what they are doing! Read the band statement below.

We’re pleased to announce that we have just signed with Mercury Records (that’s Mercury/Island-Def Jam Records for North America and Mercury Records UK for the rest of the world). We have had a great run with the folks at Side One Dummy Records, they have been really terrific to work with, and they will always be our dear friends. We in the band felt that this was the best time to make a move to support our goals as a band, and we’ve met some really earnest and dedicated folks at Mercury US and UK. We’re hard at work writing songs now for what we feel is going to be the best record we’ve ever made! Thanks to everyone for your support and we look forward to seeing you in 2012!

Thanks!
The Gaslight Anthem

Meanwhile, the band is going to have an iTunes session album released very shortly. Read that here. 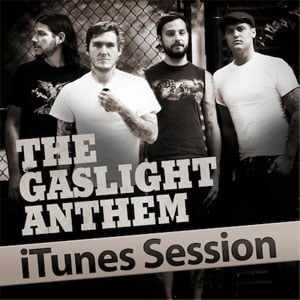