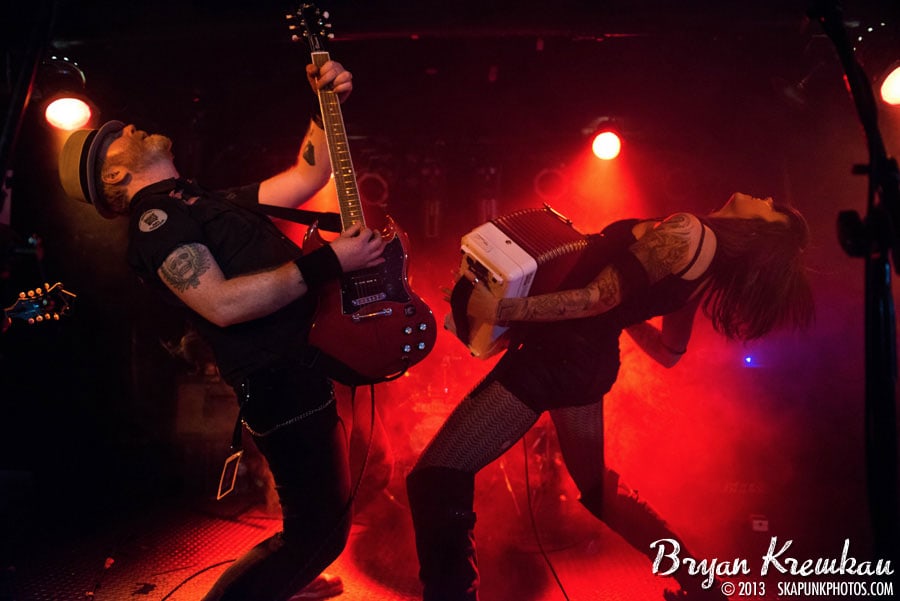 Ladies & Gentlemen, The Mahones are incredibly proud to have entered our 25th year. We’ve been so busy touring with our mega double album, The Hunger & The Fight, for the past two years, we haven’t had a chance to celebrate this HUGE milestone. We’re celebrating in a BIG way – with FOUR NEW RELEASES in 2016!
The Mahones: 25 Years of Irish Punk (The Very Best) will be released in time for St. Patrick’s Day, 2016, just in time for our 25th Anniversary St. Patrick’s Invasion Tour. We’ll be recording brand new studio versions of your favourite Mahones punk classics, with our current (classic) lineup: Finny McConnell, Katie Kaboom, Dom “The Bomb” Whelan, Sean “Riot” Ryan, Michael O’Grady, Jonathan Moorman and Sean Winter.

The Mahones: 25 Years of Irish Folk (The Very Best) will be released in time for halfway to St. Patrick’s Day, September 17th, 2016, and will feature brand new acoustic studio versions of your favourite Mahones folk classics.

2016 will also see the release of The Mahones: The Hunger & The Fight (Deluxe Edition). This will feature the double concept album in one, full length CD, in it’s intended operatic form. We’re very proud of this one, and this is our finest work to date.

Finally, due to very popular demand, we will finally be releasing The Mahones’ first ever album, Clear The Way, a cassette recorded back when dinosaurs roamed the Earth. It includes bonus early recordings, recently found by Finny.

Also, a 25th Anniversary Pictorial History book will be released along with a documentary, and a live-in-concert DVD.

Thank you so much for your ongoing love and support. We wouldn’t be here if not for you, and we’re incredibly grateful for our friends and fans around the world. 25 years – let’s celebrate in style!