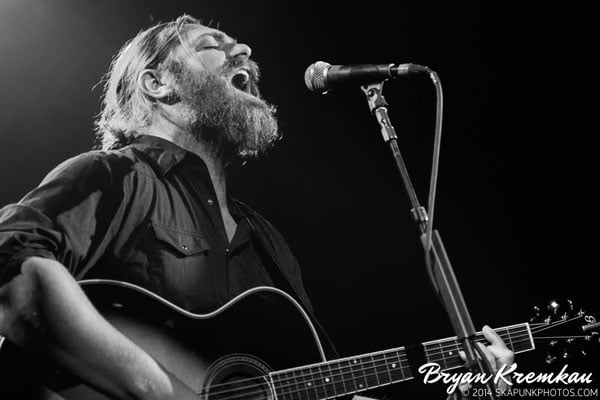 is releasing a brand new album called Love and the Death of Damnation on August 21st and I can’t wait to hear it! What’s even cooler is Jake Smith, a.k.a. The White Buffalo will be featured in a 10-part documentary called Capturing The White Buffalo: The Recording of an American Songwriter presented by Ernie Ball, starting June 19th. The documentary series will give fans an inside look at his songwriting and recording process. The trailer and more info is below.

Ernie Ball, one of the world’s leading manufacturers of guitar strings and musical instrument accessories, today announced a new original docuseries featuring acclaimed American singer-songwriter and Ernie Ball acoustic string endorsee THE WHITE BUFFALO. Titled Capturing The White Buffalo: The Recording of an American Songwriter, the ten-part documentary series follows Jake Smith (aka The White Buffalo) on his journey to write and record his forthcoming album Love and the Death of Damnation. The series will debut a new episode each Friday starting June 19 on ernieball.com/whitebuffalo.

Taking viewers beyond the recording process, the series will touch on the origin of lyrics, melodies and chord structures, the vulnerability of debuting unfinished songs at live shows, and the intimate recording sessions where Jake’s words, guitar and voice come together to be captured and shared with the world.

In depth, personal interviews and exclusive access to Smith’s daily life go beyond the music-making process to give viewers an unfiltered look at the life of a working musician. The series shows Smith struggling to balance the responsibilities of the road with the commitment to nurturing his family at home and finding downtime to re-energize. These moments reveal not only the creative process and musical ingenuity of The White Buffalo, but also what it’s like to be Jake Smith, a talented, innovative and singularly unique American singer-songwriter.

“Ernie Ball and their cameras have been here from the beginning to witness the spark of lyrical ideas transform into songs and then go on to become recorded works,” says Jake Smith. “We’re giving fans a look into the layered recording process and what personally drives me and inspires my music.”

“At Ernie Ball, we feel a responsibility to document artist journeys, because musicians are the lifeblood of our business, and without them, nothing would remain to inspire the next generation of musicians,” says Dustin Hinz, executive vice president of marketing and brand at Ernie Ball. “The Ernie Ball family is a collective of artists the likes of Eric Clapton, Jimmy Page, Paul McCartney, Metallica, Muse and The White Buffalo. These artists are as important to our legacy as the products we make, and we couldn’t be more thrilled to tell Jake’s story.”