UB40 (NOT the Ali Campbell, Astro and Mickey Virtue version) will be releasing a new album called For The Many on March 22nd. Their first since 2013’s Getting Over The Storm.

“For The Many is our first original album with Duncan, and a true reflection of where the band are at right now. It gave us an opportunity to go back to our roots and draw on the 1970s-style reggae that inspired us to be in a band in the first place. We intended to make an uncompromising reggae album and I think we have achieved that. There’s lots of dub, various guest toasters and a blend of love songs and political songs. I’m really happy with the final result. We’re really looking forward to playing some of these tunes live on our 40th anniversary tour in spring next year.”

“After ten years of fronting UB40, for us to make an album of our own original material feels like the final hurdle for me. The album and its title reflect how UB40 are all in support of Jeremy Corbyn and The Labour Party. Both of the songs I have written on the album (I’m Alright Jack and Poor Fool) also reflect this. We all feel this album is going back to what UB40 was all about and we are all excited for everybody to hear the album and looking forward to touring it.”

“For The Many is a great mix of reggae styles, while the different artists we have collaborated with will appeal to more fans and tastes in reggae – it really is an album for the many. The 2019 UK tour is a continuation of our 40th year celebrations, as well as sharing tracks from our latest album. We’re playing all over the UK instead of a few arenas dates, meaning our fans from all over the UK can get to see us much more locally and up close – truly a tour for the many.” 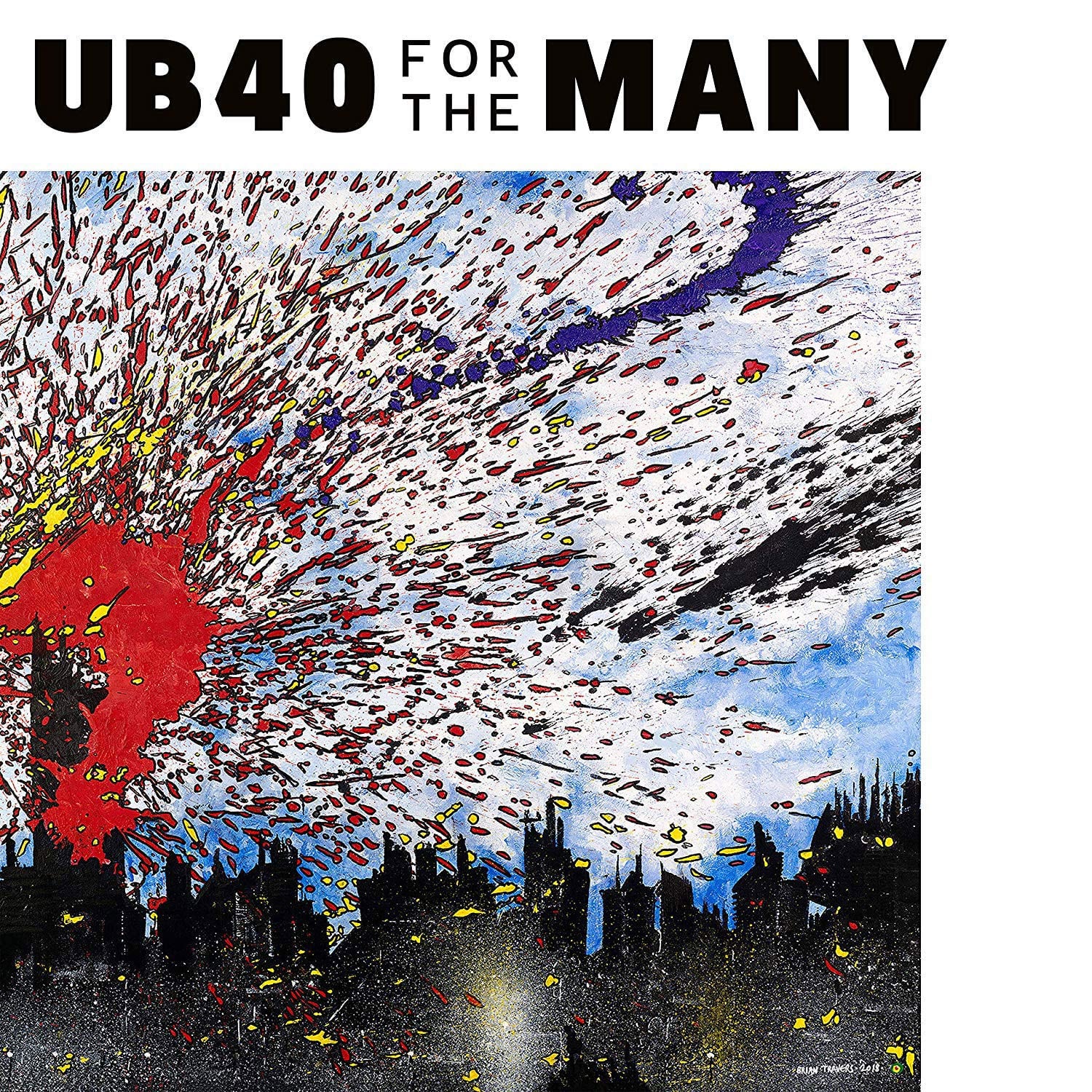 The album’s artwork was created by Brian Travers, whose abstract canvases have been the subject of several highly acclaimed exhibitions. He said:

“Our 40th anniversary celebrations started earlier last year with our sold-out show at the Royal Albert Hall in June, and we had our big hometown concert at Arena Birmingham on 21 December. We can’t wait to finally release For The Many in February and then start our 40th anniversary in March.”

For The Many, new album, reggae, UB40