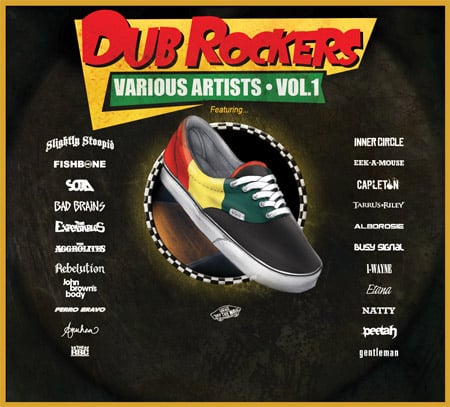 Today, reggae music continues to thrive with a set of new acts who have brought the genre full circle. However, unlike in decades past, this evolution is not emanating exclusively from Jamaica. With our 21st century access to technology, reggae has become a global community, and new styles can emerge from all corners of the globe. In almost every sub-genre of reggae music, there is a foreign artist who is making a significant impact. Dub Rockers Volume 1 is a recognition of this reality, and has been a unification process for the community at large. This album is intended to break down barriers and cross borders.

2. Alborosie, Natty & Busy Signal “Change”- Alborosie, an Italian-born reggae artist, made the bold move to Kingston to develop his sound and has become assimilated into the local community. On this track he collaborates with popular modern dancehall artist Busy Signal, and Natty, a singer-songwriter based in North London.

3. Bad Brains & Fishbone “Ragga Dub”- This historic collaboration between Bad Brains and Angelo Moore of Fishbone represents an amazing meeting of the musical minds that probably should have happened two or three decades ago. These two American architects of reggae/ska’s merge with rock/punk remain relevant and continue to evolve in their own paths as musicians. HR and Angelo collaborate regularly on film and at events, however, this is the first official meeting of the two bands on record. The producer on this track is Miguel (aka Perro Bravo). He is an original producer and performer for Sublime, and continued their legacy through the establishment of Skunk Records and the band Long Beach Dub Allstars.

4. John Brown’s Body & Peetah Morgan “The Gold”- John Brown’s Body, a collective whose members hail from Boston, MA and Ithaca, NY, has been touring the American jamband festival circuit in the United States for over a decade. Their signature horns and versatile musicality shine on this collaboration with Peetah Morgan, lead singer of Brooklyn/Jamaica’s Morgan Heritage. Subatomic sound system provided the dub remix exclusively for Dub Rockers.

5. Anuhea & Tarrus Riley “Only Man In The World”- Hawaii meets Jamaica on this winning combination. Hawaiian superstar Anuhea teamed up with Jamaican-American kingpin, Tarrus Riley to create this easy breezy lovers track that will serve as the lead single and video for the project.

6. The Aggrolites & Etana “Complicated Girl”- LA’s own The Aggrolites are a hard-hitting ska rock outfit known for their tremendously tight live musical performances. This remix, featuring Jamaican roots songstress Etana, is a classic “counter-action” where the female will flip the vocals on their male counterpart. Many times the song is done on its own independent track on the same riddim. However, in this case Brooklyn producer Prince Polo weaves the collaboration into a dub matrix.

7. The Roast Beef Curtains & Prince Polo “Java”- This reincarnation of the original session featuring Augustus Pablo and Tommy McCook was produced by Clive Chin both in 1972 and 2012. This was his first production effort in years, and occurred in the wake of the tragic loss of his son, and Dub Rockers co-creator (along with Mannix from DubShot) Joel Chin. The session featured several musical artists paying tribute including The RBC, a dub rock outfit from Long Island New York. Additional musicians included Brooklyn’s Dub Select on horns and Junior Wedderburn (of Lion King fame) on percussion to create this unique take on the a classic riddim, often considered one of the earliest all-instrumental dub recordings.

8. The Expendables & Eek-A-Mouse “Ganja Smugglin” – California’s own The Expendables are featured on this remix of an Eek-A-Mouse track featuring a new take on the song from Eek-A-Mouse himself. Originally released in 1982, “Ganja Smugglin” was the culmination of a collaboration that had developed between Mouse and Henry ‘Junjo’ Lawes. This cover version was a live staple for the band from Santa Cruz, California, and was released on their self-titled release from 2007.

9. Rebelution & I-Wayne “So High”- This feature track from Santa Barbara’s Rebelution was originally recorded as a live band studio track, and then remixed by Yeti Beats (other credits include: Ninjasonik, Kool Keith, Sizzla) and featured on the Remix EP. I Wayne recorded his verses in Jamaica, and Brooklyn’s Prince Polo created the dub version heard on this album.

10. SOJA & Gentleman “I Tried”- SOJA (Soldiers Of Jah Army) are a Washington DC based band that have been together since 1997. They began performing along the eastern shores of Virginia, Maryland, and Delaware during the summer months and eventually spread west, making them one of today’s most popular reggae acts in the United States. On this track they collaborate with German artist Gentleman, a mainstay on the international reggae scene for many years. 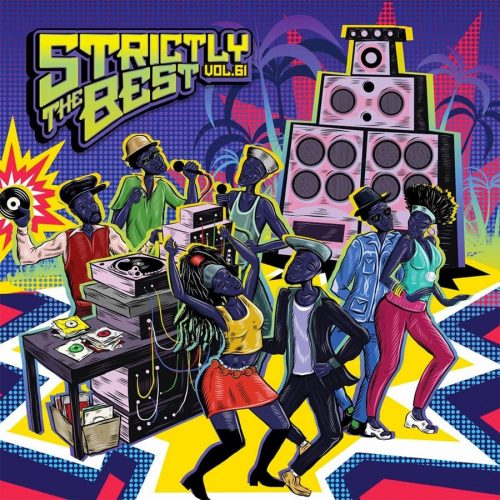