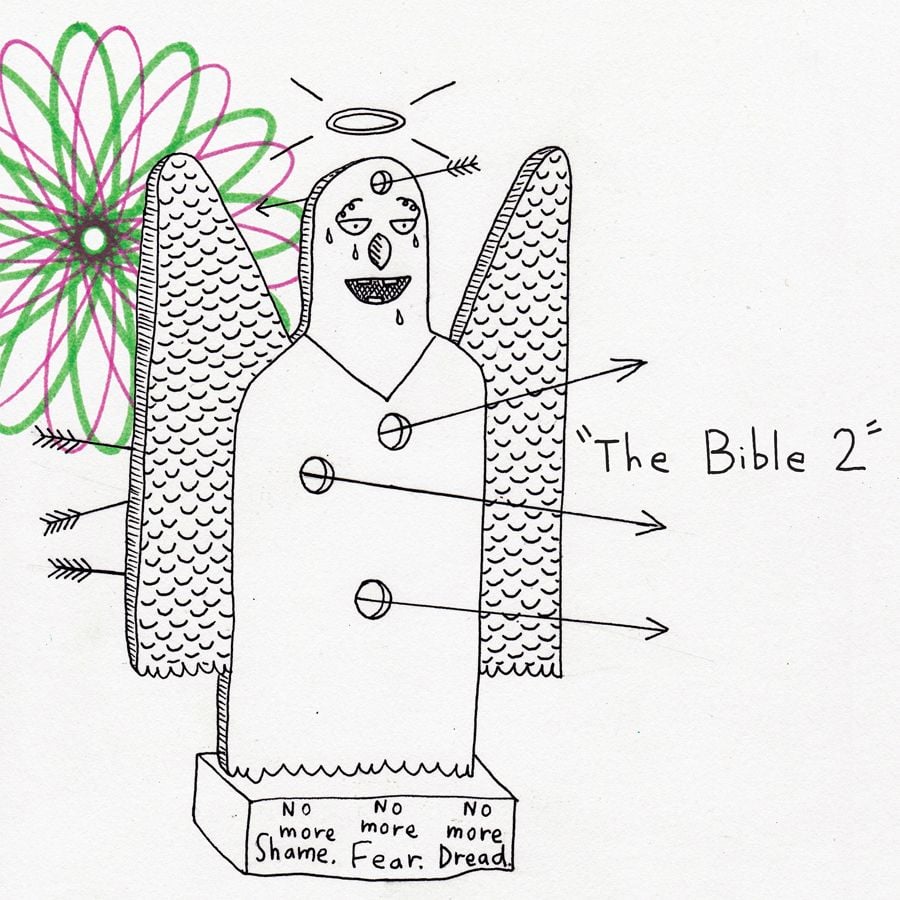 AJJ (or the band formerly known as Andrew Jackson Jihad) have put forth unto to world, their sixth full length album and the second release on SideOneDummy Records.

To put it out there, to my knowledge I have never listened to Andrew Jackson Jihad before in the past so I really had no idea what they were about. After perusing “The Bible 2” I can honestly say that I think that I might like them. Having no prior knowledge of other songs in their catalog to compare to, for those of you out there like myself I would compare them to an amalgamation of the Violent Femmes, the Flaming Lips, OK GO, a little bit of They Might Be Giants and quite possibly the Dead Milkmen. The style of AJJ is in a constant state of flux throughout “The Bible 2” which keeps things interesting for sure. One thing that is consistent throughout is the bands’ weird and quirky sense of humor. Whether they’re talking about hammer-smashed faces, being rude to inanimate objects or about being manic at the clinic…there was always something unusual that would catch my ear and make me laugh out loud.

Mixed in with all of the weird quirkiness is a barrage of musical stylings. Genre style boundaries have no meaning to these guys. AJJ bounce around to whatever style and genre fit the song in the studio. At one moment you’ll be listening to a synth-heavy indie rock song and the next you’ll be listening to an acoustic folk/punk song or a fuzz guitar psychedelic rock track.

“The Bible 2” was definitely an interesting musical experience. While most of AJJ’s sound isn’t my usual cup of tea per se, it was their oddball humor and quirkiness that kept me listening. I had fun escaping reality for half an hour and I would definitely go back into the world of AJJ again.

Bottom Line: “The Bible 2” is just like the Bible 1…weird, nonsensical, based on a magical warped sense of reality and somewhat interesting. Ok…”The Bible 2” is much more interesting and the subject matter is a lot more believable…even though sometimes I don’t know what’s going on. Confused and rude.
Notable Tracks: Junkie Church, American Garbage, White Worms, Cody’s Theme, Terrifyer
Overall Rating: